Our contact number is circulating across the hospitals and crematoriums and we are continuously getting calls from families, says Pritam Singh, director of United Sikhs. 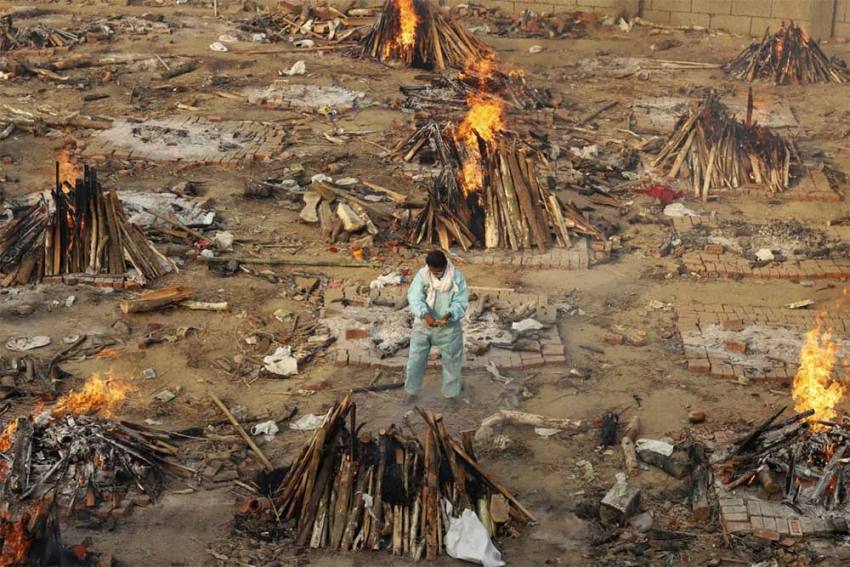 The families approached by United Sikhs are unable to arrange a funeral either because they are sick, scared or too weak to leave homes.
Suresh K Pandey/Outlook Photo
Outlook Correspondent 2021-04-30T17:12:19+05:30 Sikh Body Helps Families Perform Last Rites Of Relatives As Crematoriums In Delhi Get Overcrowded 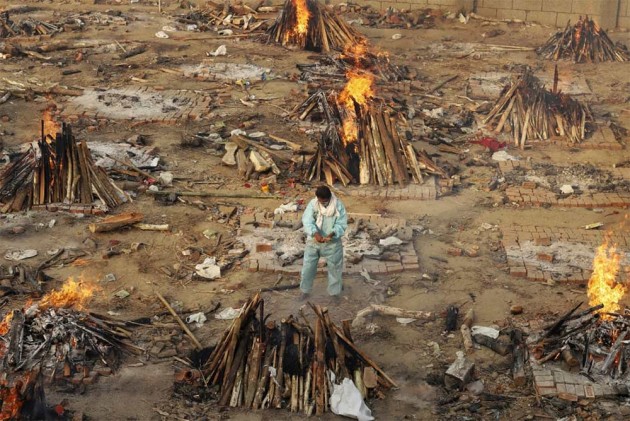 Amid a catastrophic wave of Covid surge that has even deprived people of performing the last rites of their kins, United Sikhs, a United Nations-affiliated human rights and advocacy organization, is helping people to bury or cremate their loved ones with dignity in Delhi.

Amid one of the worst crisis that has gripped the Indian capital, volunteers of United Sikhs are reaching out to the families who have lost family members because of Covid-19.

The families approached by United Sikhs are unable to arrange a funeral either because they are sick, scared or too weak to leave homes.

“Cremating the dead while wearing PPE suits is difficult especially when the temperatures are rising and summers are setting in but the courage and inspiration to offer service comes from within and there is a supernatural power guiding us”, said a volunteer who did not want to be named.

Pritam Singh, director of United Sikhs, said, “We have helped perform the last rites of more than 350 persons who have succumbed to the deadly virus. We are offering help to families in distress irrespective of their religion and caste. We ensure respect to the dead as per their religion”.

United Sikhs is performing around 14-15 cremations/burials every day, without charging a single penny. The non-government organization works with the motto of ‘recognize human race as one’. The volunteers transport the dead from hospitals and homes to the crematoriums on their own.

According to Singh, the volunteers face a peculiar problem after 3 pm as, the cremation grounds get fully occupied and the bodies have to be kept in the mortuaries overnight to be cremated the next day.

He added that the government authorities have been approached to create more space for cremations. Because of acute shortage of firewood to perform cremations, the NGO has arranged three trucks full of wood from Punjab.

As many as 24,235 fresh cases of coronavirus and 395 deaths were reported in Delhi on Thursday.