Signatures Of Past Climate Change Found On West Coast

Researchers analysed samples taken from more than six metres sedimentary sequences along the Noli River between Mangrol to Chorwad. They carried out geomorphology, sedimentology and optical dating studies. 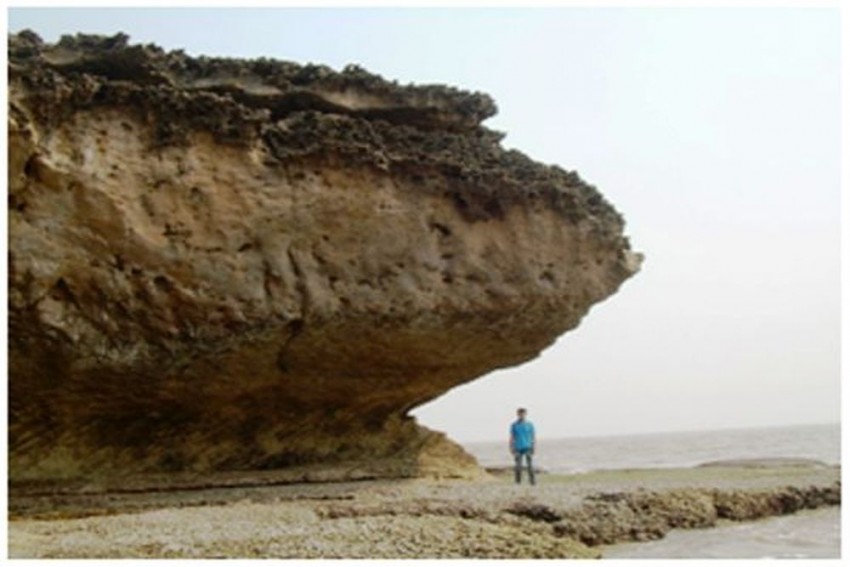 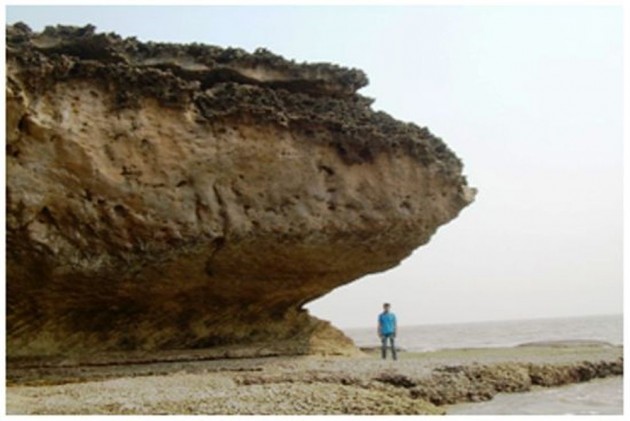 A team of researchers have unravelled the imprints of the sea level fluctuations and climate change that may have occurred along the coastal river of Saurashtra region in India’s west coast over the past 1.5 lakh years.

Researchers analysed samples taken from more than six metres sedimentary sequences along the Noli River between Mangrol to Chorwad. They carried out geomorphology, sedimentology and optical dating studies. They found that there were four distinct significant layers.

The bottom-most layer was two-meter thick and was composed of miliolite limestone with lot of oyster shells. There was also evidence of bioturbations. This indicates that there was a marine environment around the time when the layer was formed. Miliolite Limestone is a rock which is typically formed under shallow, warm, agitated waters of tropical sea shores and oysters are salt-water molluscs. 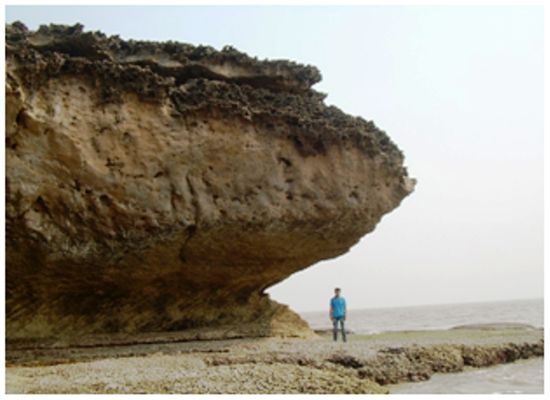 According to scientists, the layer perhaps represented 3 to 5 meters higher sea level than the present days and related to the last interglacial high sea level, which was about 1.5 lakh to 1.2 lakhs years ago.

The layer above that was one-metre thick. It had a lot of miliolitic sand, pebbles and oyster shells. It was found to be 1.14 lakh years old. The Indian summer monsoon had been the most intense during this period. The miliolitic sand seems to have been transported by what is called fluvial activity or flow of water. It was overlaid by a 1.5-metre thick layer with pebbles, cobblestone and lithoclasts of limestone. 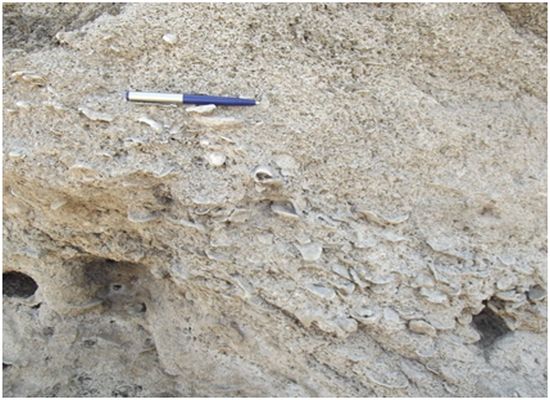 The topmost layer was one metre thick and had miliolitic sand with crude cross-laminations. It was found to be about 23,000 years old and represented an increase in aridity due to lowering of sea level.

According to the study, these top sediments were related to the Last Glacial Maxima period, which occurred between 28,000 to 13,000 years ago. During Last Glacial Maxima, sea level was lower by about 100 metres from the present level. During this period, miliolites from the continental shelf of the Arabian Sea were transported by wind, This aeolian activity extended up to the Thar Desert.

“The oscillations in the sea levels are recorded from the sedimentary sequence. Such oscillations are also recorded in the form of tidal notches carved out into the rocky coastal cliffs made of miliolite limestone on the southern coast of Saurashtra from Somnath – Diu to Gopnath area. The study has found that the range of fluvially reworked miliolites maybe even as far back as 1.14 lakhs years ago, as against the previously thought of limit of 75,000 years ago”, Dr Nilesh Bhatt, a member of the research team told India Science Wire.

The findings of the study are expected to be of help in better land use planning of the Saurashtra region, as it has led to new understanding of sea level fluctuations and land-sea interactions at the local scale.

The research team included S. P. Prizomwala and Gunjan Yadav of Institute of Seismological Research, Gandhinagar, and Komal Sharma of Kangwon National University, Republic of Korea, besides Dr Bhat. The study has been published in journal Current Science. 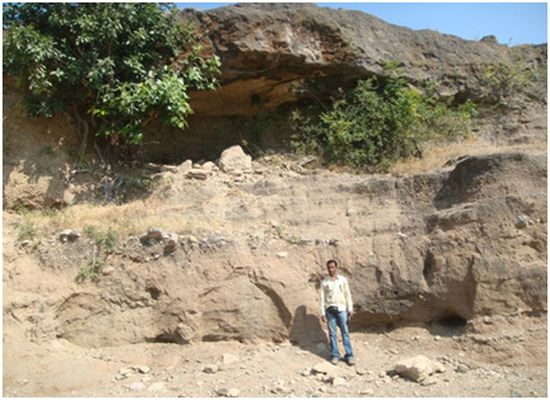 A sequence of gravelly-pebbly sand horizon capped by a miliolite unit. This suggests a fluvial deposition due to enhanced monsoon activities. 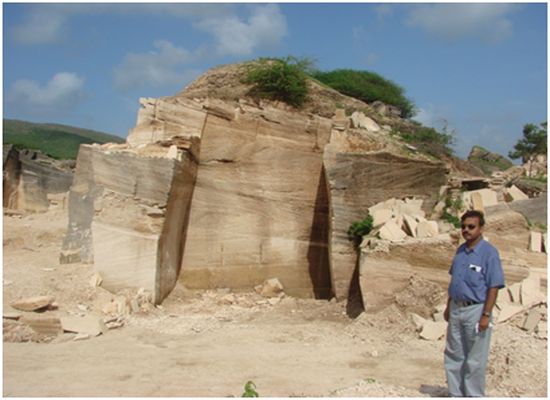 This article was originally published in the India Science Wire