Captain Bhoopendra Singh had also provided wrong information to his superiors and the police about the recovery made during the staged encounter, the charge sheet read. 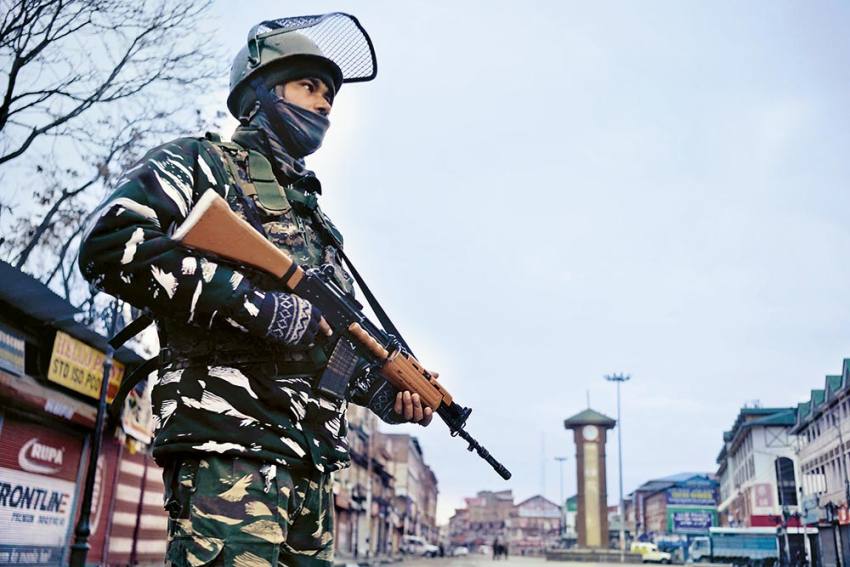 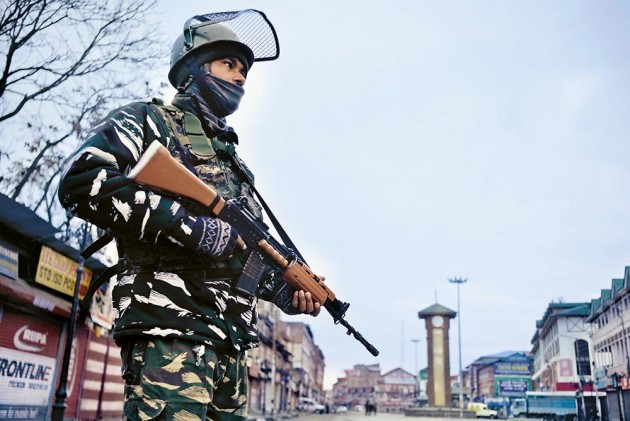 A police charge sheet make filed by the Special Investigation Team (SIT) of the Jammu and Kashmir Police made the striking revelation about the Army captain involved in the fake encounter of three youths in Kashmir's Shopian district.

The charge sheet said Captain Bhoopendra Singh hasn't provided any information about the source of weapons planted on the three slain youths and had also attempted to destroy the evidence.

Captain Bhoopendra Singh had also provided wrong information to his superiors and the police about the recovery made during the staged encounter, the charge sheet filed by the Special Investigation Team (SIT) of the Jammu and Kashmir Police before the chief judicial magistrate here said.

The case relates to the July 18, 2020 encounter in Shopian's Amshipura in which three youths were killed and dubbed as terrorists. Later, the Army ordered a Court of Inquiry after reports appeared on social media that the three youths were innocent.

"No leads regarding the source of illegal weapons as illegally arranged by accused" for planting on the bodies were provided, the charge sheet said.

"By staging the encounter," the three accused "have purposefully destroyed evidence or real crime that they have committed and also have (been) purposefully projecting false information as part of a criminal conspiracy hatched between them with the motive to grab a prize money of Rs 20 lakh," it said.

The Army, however, had denied that its captain staged the encounter for Rs 20 lakh, saying there was no system of cash rewards for its personnel for any acts in combat situations or otherwise in the line of duty.

"The evidence was destroyed by accused Captain Singh," the charge sheet said.

Singh, who has been placed under detention, along with the other two accused -- Tabish Nazir and Bilal Ahmed Lone -- set fire to a shelter at the encounter site, according to the charge sheet.

The accused captain was in touch with Fayaz Ahmed, a special police officer (SPO) posted with the Special Operations Group, through two mobile numbers registered in the name of civilians.

Ahmed, who is listed as a witness, in this case, was approached by Singh for arranging weapons. A resident of Poonch in the Jammu region, Ahmed gave his statement under Section 164 of the Criminal Procedure Code (CrPC) before a magistrate.

The SIT charge sheet gave details of forensic analysis of the crime scene which was photographed "from all possible perspectives". The FSL (Forensic and Scientific Laboratory) team recovered vital evidence that was seized.

Based on responses filed by 62 Rashtriya Rifles to the SIT about details of the ammunition fired during the incident along with a copy of SITREP (Situation Report), the "accused captain had claimed to have (sic) fired a total of 37 rounds from his service rifle".

The Army, in its FIR registered at Heerpora police station, had claimed that based on "their own input about the hiding of unknown terrorists in village Amshipora", the encounter was launched on July 17, 2020, during which three unidentified hardcore terrorists were neutralised.

Two pistols with two magazines and four empty pistol cartridges, 15 live cartridges and 15 empty cartridges of AK series weapon and other objectionable items were recovered from the encounter site.

However, during the ballistic and forensic examination of the scene of the crime, four empty cartridges were recovered -- two of which were from 7.65 mm and two from 9 mm pistols (used by the Army).

"The seized fifteen 7.62x39 mm rifle cartridge cases (used in AK rifles) were found to have been fired from more than four firearms.

"From the circumstances at the crime scene which are contrary to the findings of the ballistic expert opinion the version of the accused captain Bhoopendra Singh... regarding the information furnished by him in FIR is not supported."

There was no seizure of AK rifles from the staged encounter.

The Army, which has also completed its Court of Inquiry and Summary of Evidence, had found "prima facie" evidence that troops had "exceeded" powers under the Armed Forces Special Powers Act (AFSPA) during the encounter in which the three youths were killed.

Following this, the Army had initiated disciplinary proceedings.

The identities of the three youths were subsequently confirmed through a DNA test and the bodies were handed over to their families in Baramulla in October last year.

The charge sheet said the Army captain had taken a private car on the day of the encounter.

Aijaz Ahmed Lone, the vehicle owner, gave a statement under oath before a magistrate that Army personnel had approached him at his residence on July 17 last year and taken his car.

Subsequently, on the day of the encounter, the Army informed him that his vehicle was stationed at Amshipura Nar "in a faulty condition".

General Officer in Command of XV Corps Lt Gen BS Raju had said earlier that the Summary of Evidence had been completed and the Army will take the next course of action as per the law.

Officials in the know of the development said Singh may face a Court Martial proceeding for violating the powers vested under the AFSPA and not following the dos and don'ts of the Chief of Army Staff as approved by the Supreme Court.

The charge sheet submitted by the SIT has listed 75 witnesses in support of its findings and has also provided technical evidence including call data records of the accused persons.