Pooja Shakun Pandey, the national secretary of the right-wing Hindu nationalist group shot at an effigy of the Mahatma, while other members of the group surrounded and applauded her. 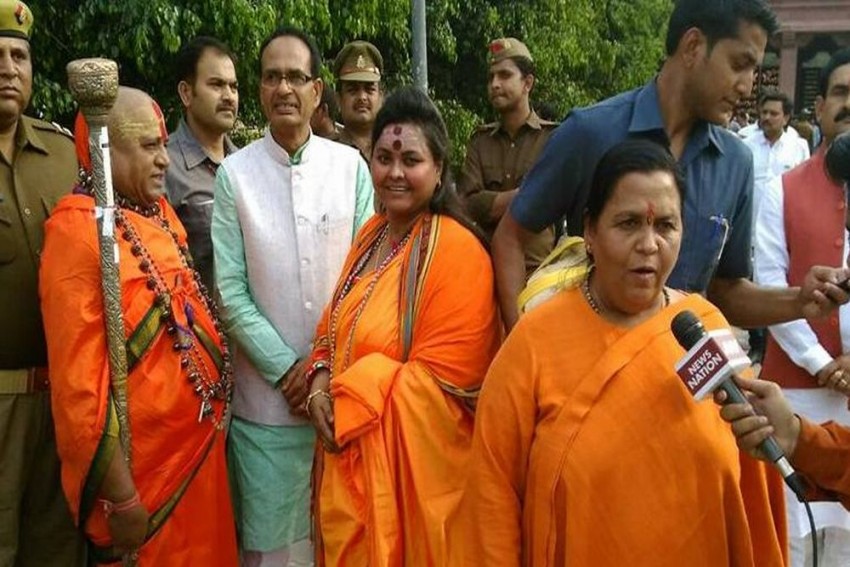 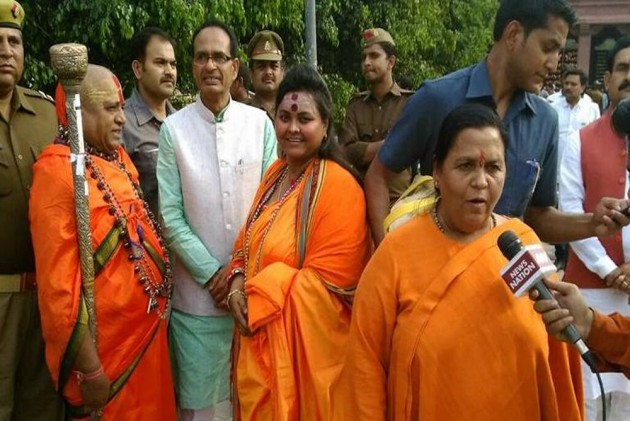 Bharatiya Janata Party (BJP) leaders Shivraj Singh Chouhan and Uma Bharti were photographed in March 2017 with Pooja Shakun Pandey, the Hindu Mahasabha leader who shot at an effigy of Mahatma Gandhi on his 71st death anniversary on Wednesday.

Taking to Twitter, activist Shehla Rashid shared some pictures where Pandey could be seen posing with the top BJP leaders.

On Wednesday, even as the country was observing the death anniversary of the Father of Nation Mahatma Gandhi, members of the Akhil Bharat Hindu Mahasabha chose to instead shoot and set on fire his effigy in Aligarh, Uttar Pradesh.

Pandey, the national secretary of the right-wing Hindu nationalist group shot at an effigy of the Mahatma, while other members of the group surrounded and applauded her.

In the video, Pandey can be seen shooting the effigy with a toy-gun after which a thick red-colour liquid starts flowing from the effigy.

The group later burnt the effigy and shouted pro-Godse slogans like "Mahatma Nathuram Godse Zindabad". Pandey even distributed sweets among her supporters and members of the group.

After the video went viral, a case was registered against 13 persons associated with Hindu Mahasabha including Pooja Shakun Pandey, a woman leader.

Two people were detained and a case has been registered against some members of Hindu Mahasabha on Wednesday for enacting Mahatma Gandhi's assassination.

On January 30, 1948, Nathuram Godse had shot three bullets at Gandhi in Delhi, resulting in his death. Ever since the day has been observed in India as Martyrs' Day.

Modi Govt Working For 'New India'; Has Given Hope To People: President Kovind