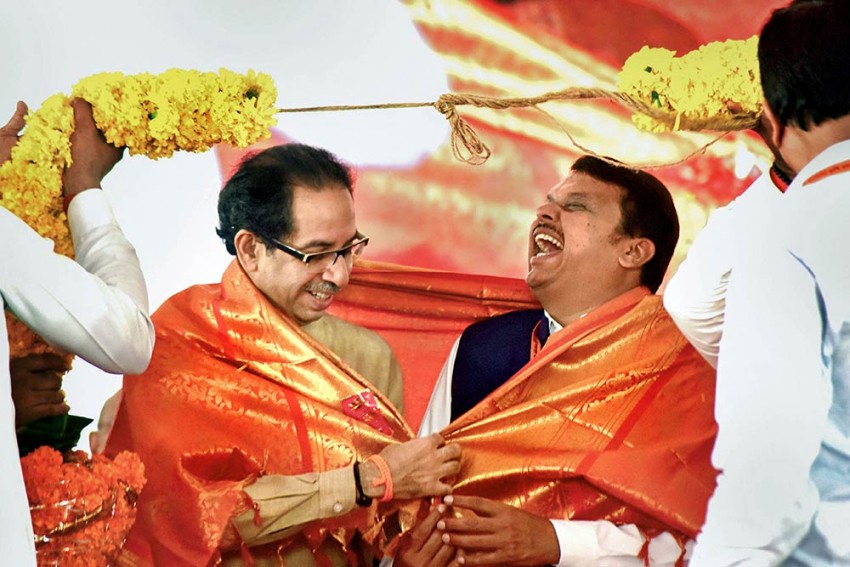 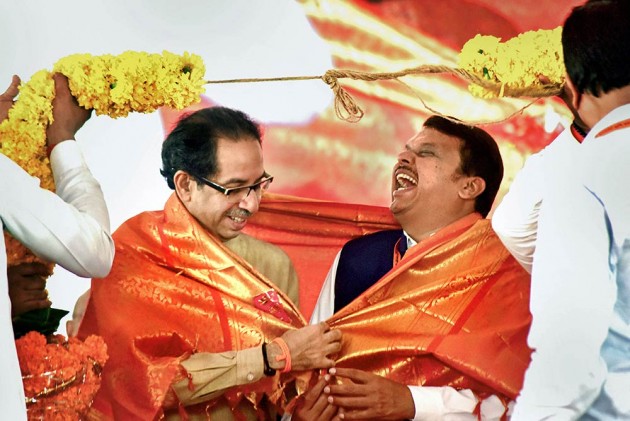 The BJP may have quickly stitched up a post-poll alliance with Dushyant Chautala’s JJP in Haryana to pave the way for the formation of government in Haryana for the second consecutive term under Chief minister Manohar Lal Khattar, but the party appears to be in for trouble in Maharashtra with the Shiv Sena, its pre-poll ally, hardening its stand on the sharing of chief ministership.

After a meeting of its 56 newly-elected legislators with party president Uddhav Thackeray at Matoshree in Mumbai, the Sena made it clear that it would not go ahead with government formation in the state unless the BJP gave it in writing that the post of the chief minister would be shared on a 50:50 basis in keeping with an earlier agreement between both the parties in this regard.

Party legislator Pratap Sarnaik told the reporters the Sena had kept its options open unless the chief ministership was shared with the BJP on an equal basis for a period of two-and-a-half years each.

The Shiv Sena supporters had also put up a poster of Uddhav’s son Aaditya Thackeray, proclaiming that the newly-elected MLA from Worli was the 'only one candidate as Maharashtra CM'. A majority of the party legislators are said to be in favour of making Aaditya the new CM, but the final decision would be taken by the Sena chief.

The Sena’s demand has left the BJP in a quandary, as it was hoping for the smooth passage for Devendra Fadnavis for his second consecutive term as the chief minister.

The dip in BJP's seat share has increased the bargaining power of the Shiv Sena whose tally too came down to 56 seats from the 63 in 2014. Soon after the poll results were declared on Thursday, Thackeray renewed the assertion for equal sharing of power with the BJP, which failed to register desired performance in the Maharashtra assembly polls.

Political observers believe that the changed power equation has landed the Sena in a position where it can call the shots. The Sena apparently thinks that it may form the government with the support of the NCP and the Congress if the BJP declines to accept the 50:50 formula for the chief ministership. The state Congress-NCP leaders have already indicated that they might support the Sena if it approaches them. This is despite the fact that NCP supremo Sharad Pawar had earlier ruled out the possibility of having any truck with Uddhav’s party.

Meanwhile, the BJP has convened a meeting of its legislature party on October 30.

Dushyant Chautala Will Be Deputy CM, Not His Mother, Clarifies Khattar