Portions of the Ridge in Shimla had also caved in in 2015 and 2017 after incessant rains. There has been no permanent fix to the issue so far. 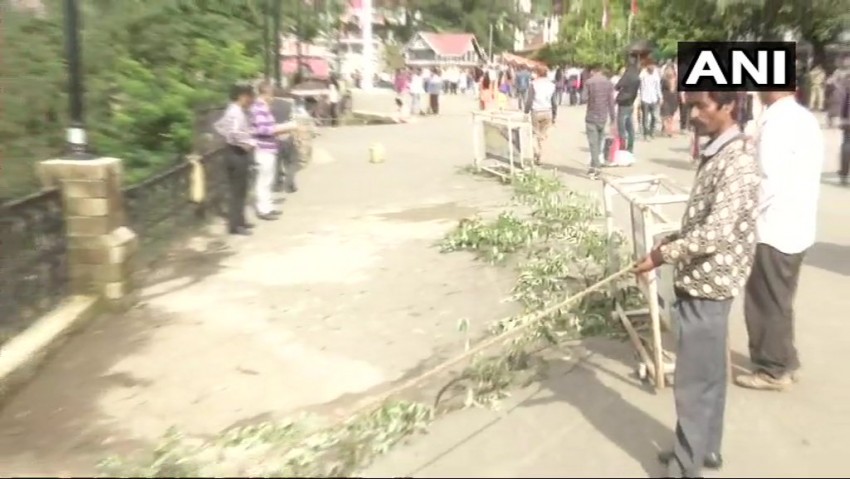 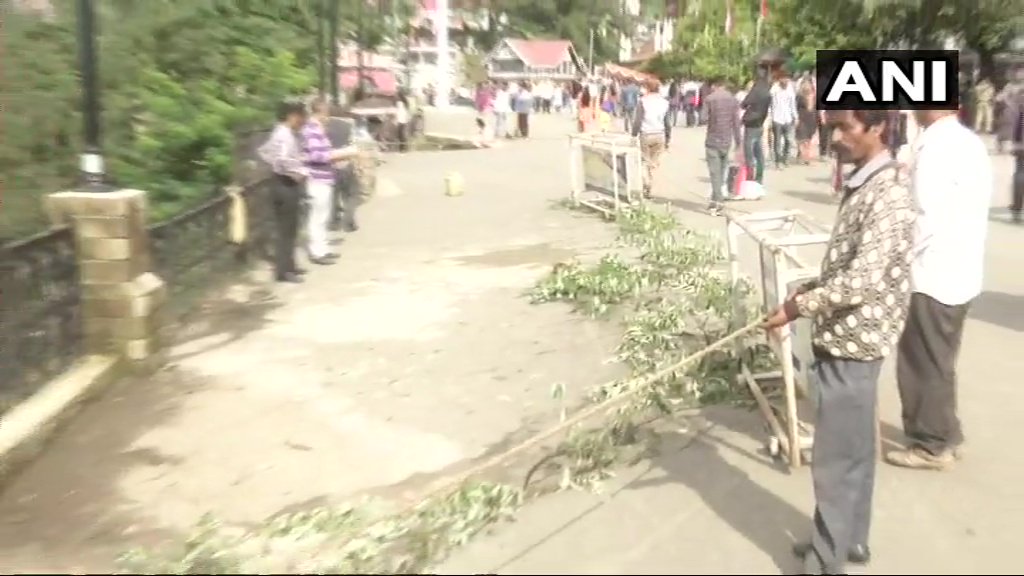 Shimla’s iconic Ridge, in the heart of the hill town, is sinking and could turn unsafe threatening the British-era landmarks that adorn the place.

What further worries the locals is the state government’s plans to install a statue of former Prime Minister Atal Bihari Vajpayee in line with two existing statues of Indira Gandhi and  Dr Y S Parmar  -- first Chief Minister of Himachal Pradesh. Two other statues, already located on the Ridge itself on its two corners, are those of Mahatma Gandhi and Lala Lajpat Rai .

Gradual caving in of the Ridge on its vintage north-end was noticed before the monsoon and it has further aggravated. Though the Shimla Municipal Corporation undertook some measures to repair it by filling in the caved in surface cement, the worry persists.

Chief Minister Jai Ram Thakur on Monday visited the Ridge and directed the officials to find an alternate site to install the statue of Vajpayee.

Pankaj Rai, Commissioner, Shimla Municipal Corporation said: “Chief Minister did not exactly say where to build the statue, but we understand it will be somewhere close to existing statue of Indira Gandhi having a backdrop of snow-ladden Mahasu hills on the north-end of the Ridge.”

The government is planning to unveil the statue of the former Prime Minister on December 25, his birth anniversary.

The Public Works Department engineers also said they don’t find it feasible to install a heavy-weight statue at the Ridge, a part of which has caved in.

Meanwhile, to repair the damage done at the Ridge, the municipal corporation has hired the services of IIT Roorkee for geo-technical studies and seek solutions to stabilise the Ridge.

“The restoration work, which is expected to cost Rs 22 to 23 crore, will be undertaken under Shimla Smart City Mission. The IIT Roorkee report says there is a loose soil beneath damaged portion and unless the engineers raise the new stable structure from the foundation rock, atleast 9 to 11 meter down below, the Ridge will keep sliding and remain unsafe,” the report by IIT-Roorkee says.

This is exactly the same portion of the Ridge that also caved in in 2015 and 2017 after incessant rains.

What really endangers the Shimla town is the fact that there is a big storage tank beneath the Ridge built by the Britishers in 1880 to meet Shimla’s drinking water needs. Shimla falls in the active Seismic zone –IV that further makes the Ridge a vulnerable point for the natives and thousands of tourists who treat the Ridge as a must-visit site.

Former Shimla Mayor Sanjay Chauhan admits that the Ridge is really in danger.

“Definitely it's a serious problem. That is why in 2015, I got a Rs 30 crore comprehensive Ridge Stabilisation Plan worked-out from IIT Roorkee. Then Chief Minister Virbhadra Singh did not let us work on it though not a single penny of the government was involved. By now, the Ridge would have become safe,” Chauhan said.