In a series of tweets addressed to the prime minister, Sinha said: Your most talked about slogan ‘Beti Bachao Beti Padhao’ is contradictory to your teachings & preachings.' 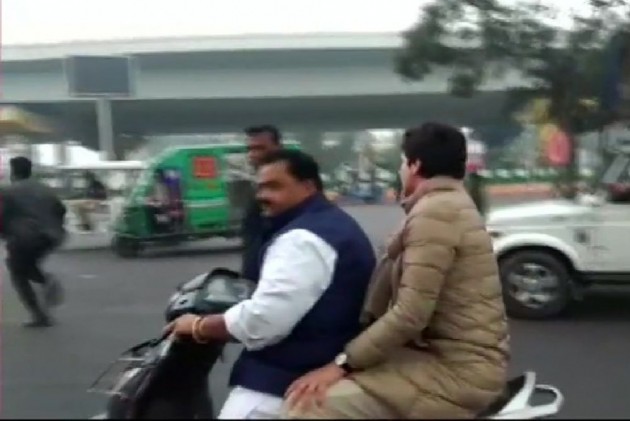 Veteran actor-turned-politician Shatrughan Sinha has hit out at Prime Minister Narendra Modi after Congress leader Priyanka Gandhi alleged that a woman police officer on Saturday "strangulated and pushed" her during her visit to Lucknow, Uttar Pradesh.

In a series of tweets addressed to the prime minister, Sinha said: "Your most talked about slogan ‘Beti Bachao Beti Padhao’ is contradictory to your teachings & preachings."

"Police misbehaving with the ‘Beti’#PriyankaGandhiVadra of the most prominent #NehruGandhi family in the country, when she was going to see the families of those who were killed, shot dead, arrested including the family of the former IPS officer's family during the #CAAprotests in Lucknow," he further wrote.

Sinha, a former BJP leader now with Congress, added: "That too in a Democracy, dread to think what the commoners could face."

He condemned the treatment meted out to Priyanka by UP police under "your Govt.’s instructions".

"Despite the misconduct Priyanka went ahead on a two wheeler to meet the concerned person with commitment & dedication. Bravo! Kudos to her. This is for your perusal, action & reaction. Aise, damage control nahin hota Sir," Sinha said.

The former MP from Patna questioned if "we were crossing the line/going too far as we are approaching the new year."

"What’s in store for all of us in the new year only God knows? Long Live Democracy! Jai Hind."