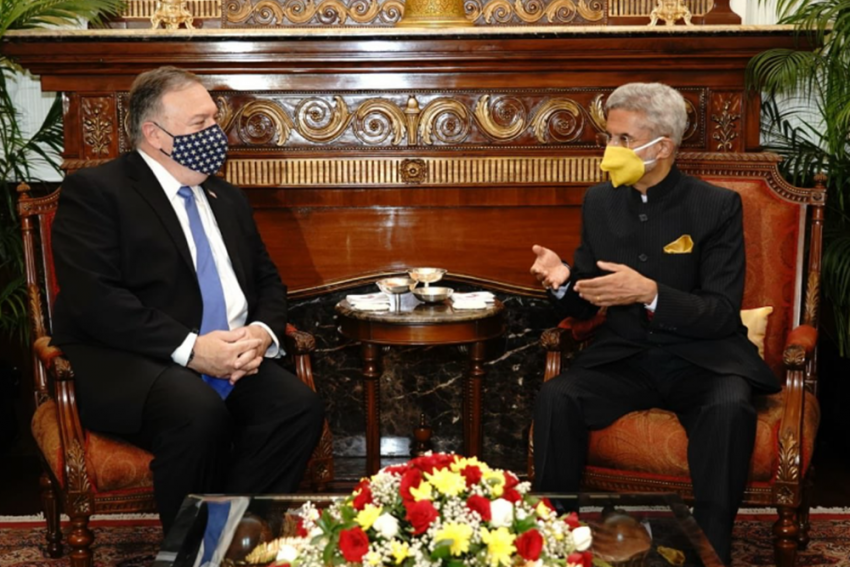 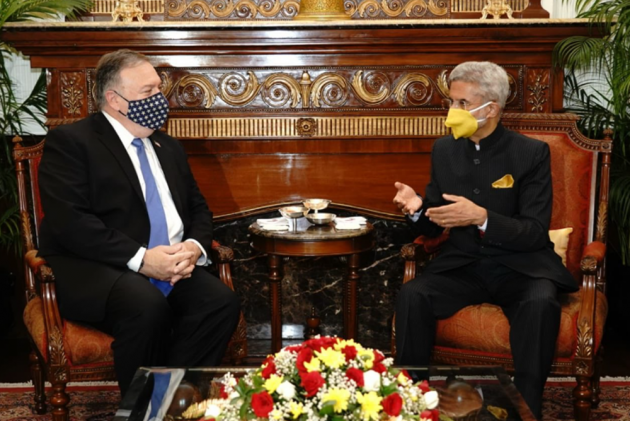 External Affairs Minister S Jaishankar and his American counterpart Mike Pompeo on Monday discussed "shared concerns and interests", including stability and security in Asia as well as the situation in the Indo-Pacific region, official sources said.

The US Secretary of State and Defence Secretary Mark T Esper arrived here for the third edition of India-US 2+2 dialogue, which will be held on Tuesday.

Ahead of the 2+2 dialogue, Jaishankar and Pompeo held a bilateral meeting and discussed a range of key issues of strategic importance on Monday evening.

The sources said both sides deliberated on the Afghan peace process, adding that Jaishankar highlighted India’s stakes and its continuing concern that decisions should be made by people in Afghanistan without use of force.

The Indian side also told Pompeo that cross-border terrorism was completely unacceptable to New Delhi, they said.

In a tweet, Jaishankar described the meeting as productive.

"Warm and productive meeting with Secretary Pompeo. Discussed key bilateral, regional and global issues. Reviewed progress in ties: grown substantially in every domain. Our foreign policy consultations and cooperation have expanded," he tweeted.

On Twitter, Pompeo said he was pleased to be back in New Delhi for constructive meetings, including the 2+2 dialogue.

Jaishankar and Pompeo discussed issues of mutual concerns and interests, including stability and security in Asia, and how best that can be ensured, sources said amid indications that China's aggressive military behaviour in eastern Ladakh figured during the talks.

A source also said that "specific issues will be taken up in the 2+2 on Tuesday."

They said both sides followed up on their Indo-Pacific engagement and the Quad deliberations and discussed key issues like maritime security, counter-terrorism cooperation, open connectivity and resilient supply chains.

According to sources, Pompeo also shared Washington's thinking on Afghanistan with the external affairs minister.

India, US To Ink Landmark Defence Pact On Tuesday: Officials