The Supreme Court acknowledged the people's right to protest but added that 'blocking of public roads' was the only thing causing trouble. 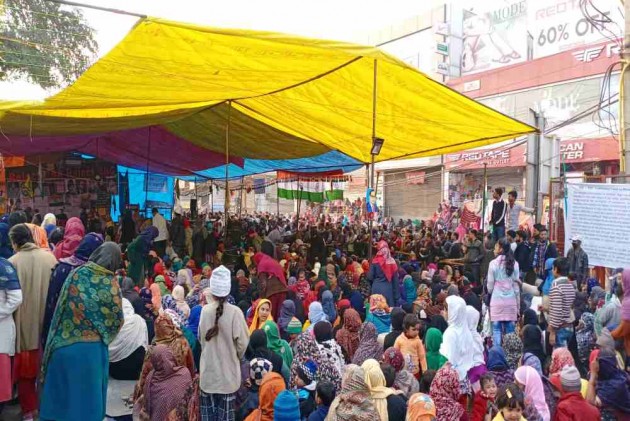 The Supreme Court on Monday tasked two senior advocates and a former IAS officer to speak to the anti-CAA protesters at Shaheen Bagh and persuade them to shift their demonstration to another location.

Senior Supreme Court lawyer Sanjay Hegde, advocate Sadhana Ramachandran and former chief information commissioner Wajahat Habibullah have been entrusted with speaking to protesters, who have been on a sit-in for over two months on a stretch of road near Kalindi Kunj area.

Hearing pleas over the roadblocks due to the ongoing protests at Shaheen Bagh against the Citizenship Amendment Act (CAA), a bench comprising Justices S K Kaul and K M Joseph said its concern is about what will happen if people start protesting on roads.

Has The Indian Muslim Found His…And Her…Voice, And A Place Under The Sun, Like Never Before?

Indian Muslims: Us, Them And A Common Ground

Two Historic Deeds: The Common Muslim Has Done What Even Gandhi, Nehru, Ambedkar Or Azad Couldn't

The top court said, "If nothing works, we will leave it to authorities to deal with the situation."

Next hearing on the matter is scheduled on February 24.

During the hearing Centre also objected to Bhim Army chief Chandrashekhar Azad's involvement in engaging with protesters at Shaheen Bagh. The apex court agreed to the Centre's suggestion.