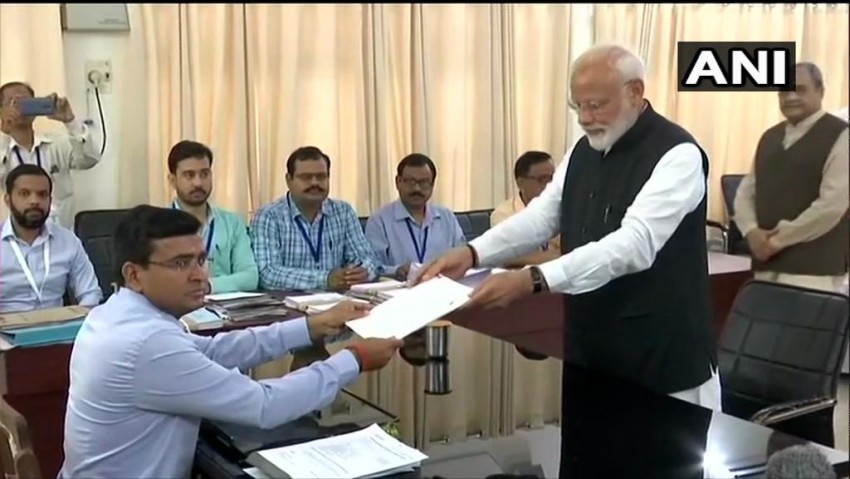 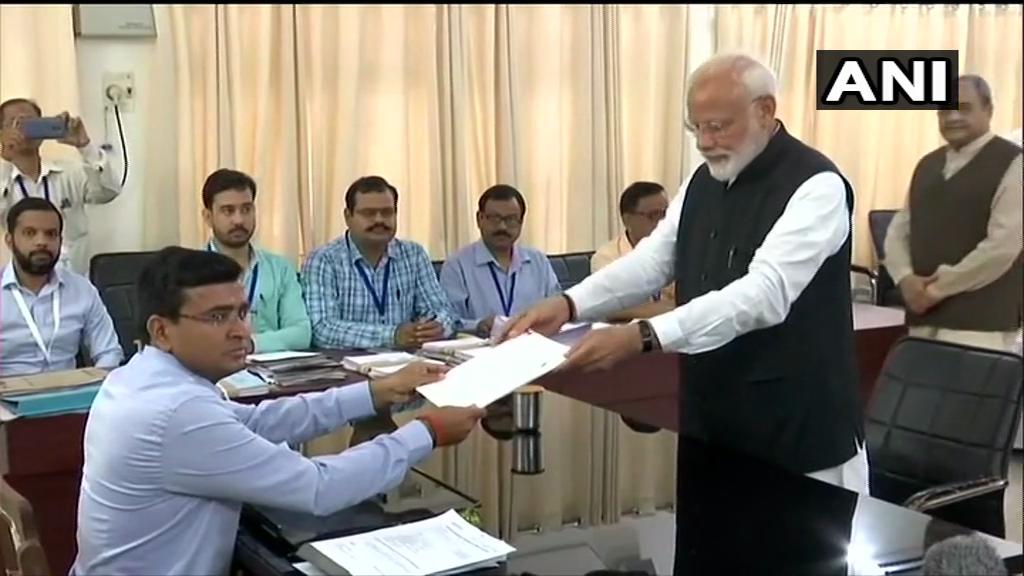 Prime Minister Narendra Modi filed his nomination papers for the 2019 Lok Sabha elections from the Varanasi constituency on Friday.

Before reaching the Varanasi collectorate to file his nomination, Modi went to a temple to offer prayers.

The prime minister, who reached here on Thursday and brought life to a standstill as he held a seven kilometre roadshow through the town, also addressed party workers in the morning.

The country, he said, is witnessing a pro-incumbency wave for the first time. He noted that the mood is festive from Kashmir to Kanyakumari and said party workers are the real candidates.

The prime minister said he had worked honestly for good governance and the people had made up their minds that they want another Modi government.

"During yesterday's roadshow here, I have sensed the hard work of party cadre," he said amid chants of "Modi Modi".

Modi, who also participated in the "Ganga aarti" at the Dashashwamedh ghat, addressed a late night meeting here on Thursday. While the last five years were about his government making sincere efforts, the next five will be about results, he said.

PM Modi held similar mega road shows in 2014 - both before and after winning the constituency in the 16th Lok Sabha elections. Three years later, the Prime Minister hit the streets of Varanasi for campaigning during the Uttar Pradesh Assembly polls.

In the 2014 Lok Sabha polls, Prime Minister Modi won from Varanasi by a margin of 3.37 lakh votes. AAP leader Arvind Kejriwal and Rai were among the candidates from the seat. While Kejriwal came in the second place, Rai stood third in the vote tally.

Varanasi will go to polls on May 19 in the last phase of the Lok Sabha elections. The counting of votes will take place on May 23.