The criminal complaint was filed against Tharoor in the trial court by BJP leader Rajiv Babbar, who had claimed that his religious sentiments were hurt by the Congress leader's statement. 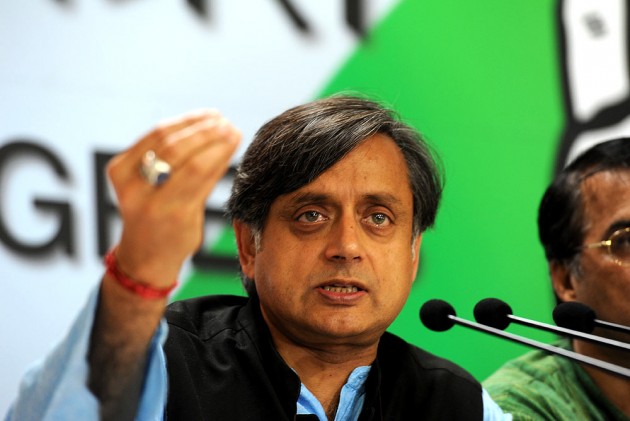 Justice Suresh Kumar Kait issued notice and sought the response of complainant, BJP leader Rajiv Babbar, on Tharoor’s plea challenging the summons issued against him by the trial court in the defamation case.

The high court listed the matter for further hearing on December 9.

Tharoor, represented through senior advocates Kapil Sibal and Vikas Pahwa, has sought setting aside of the trial court’s April 27, 2019 order by which he was summoned as accused in the criminal defamation complaint.

The plea, filed through advocate Gaurav Gupta, has also sought quashing of the complaint of November 2, 2018.

Pahwa argued that the trial court’s order is bad in law and against the settled principles of criminal jurisprudence and it has completely overlooked the fact that the complaint filed by Babbar is completely false and frivolous.

The criminal complaint was filed against Tharoor in the trial court by Babbar, who had claimed that his religious sentiments were hurt by the Congress leader's statement.

In October 2018, Tharoor had claimed that an unnamed RSS leader had allegedly compared Prime Minister Modi to "a scorpion sitting on a Shivling". He termed it an "extraordinarily striking metaphor".

Tharoor was granted bail in the case in June last year by the trial court.

"The complainant's religious sentiments were hurt and the accused deliberately did this malicious act, intending to outrage the religious feelings of Lord Shiva devotees by insulting their religious belief," the complaint had claimed.

It had also described Tharoor's statement as "intolerable abuse" and "absolute vilification" of the faith of millions of people.

The complaint was filed under sections 499 (defamation) and 500 (punishment for defamation) of the Indian Penal Code (IPC).