The beleaguered project was sealed by the Allahabad High Court back in 2014. The builder was facing charges for overstepping building bylaws 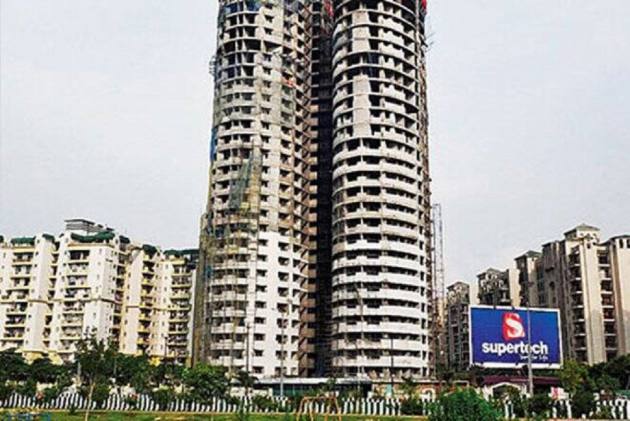 Bringing closure to a legal battle that started back in 2014, the Supreme Court’s hammer has finally come down on NCR builder Supertech with an order to raze two illegally constructed towers.

The apex court has asked the builder to demolish and bring down two 40-floor towers at Noida’s Sector 93(A) at its own cost. The project has around 915 flats and some shops. Allahabad High Court had sealed the project in 2014 for flouting the Uttar Pradesh Apartment Act and overstepping construction guidelines.

Talking to Outlook, chairman Supertech, RK Arora said, “We have given buyers alternate flats and most of the refunds are done. We do not have full details of the order yet, so we will respond in detail at a later stage.”

Banks Get SC Nod To Sue Guarantors Of Borrowers

The demolition orders of the twin towers of Emerald court – Apex and Ceyanne has roughly hit the builder with a financial setback of around Rs 800 crore in terms of buyer-payback and other expenses.

Member of Uttar Pradesh Real Estate Regulatory Authority (UPRERA) Balvinder Kumar said, “While Supertech has refunded many buyers, there are still many more awaiting payouts. Demolition is also a cost-effective exercise and will hit the builder which is already cash-strapped.”

The court has asked the builder to refund the buyers with a 12% interest. The builder has been given a period of two months to raze the towers.