A bench headed by Chief Justice S A Bobde issued notice to the Maharashtra state government seeking its response on the NCW’s petition. 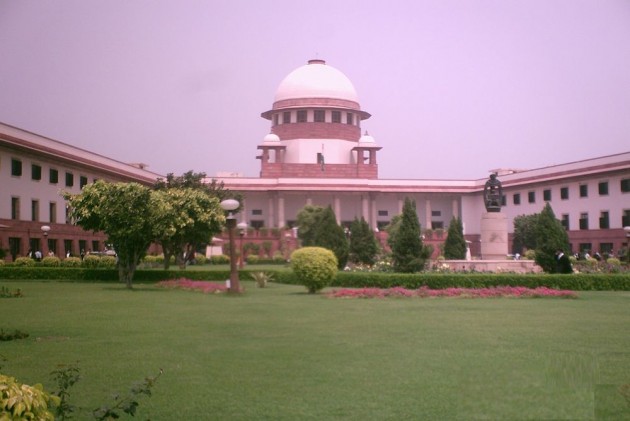 Supreme Court of India on Wednesday agreed to hear a petition filed by the National Commission for Women (NCW) that challenges a recent controversial verdict by the Bombay High Court where the court announced that groping a minor's breast without "skin to skin contact" cannot be described as sexual assault under the definition of Protection of Children from Sexual Offences (POCSO) Act.

The Supreme Court on January 27 had put a stay on the high court’s verdict after Attorney General K K Venugopal mentioned the matter before the apex court and said that the judgment was “unprecedented” and was expected to set a “dangerous precedent”.

While hearing the matter on Wednesday, a bench headed by Chief Justice S A Bobde issued notice to the Maharashtra state government seeking its response on the NCW’s petition.

Other petitioners, the Youth Bar Association of India and Bharatiya Stree Shakti, withdrew their pleas against the January 19 verdict of the Nagpur bench of the Bombay High Court.

The bench, also comprising Justices A S Bopanna and V Ramasubramanian, issued notice to the accused in the case on a separate plea filed by Maharashtra against the high court verdict.

The bench asked senior advocate Geeta Luthra, appearing for NCW, as to why it should entertain a separate plea when the top court has already stayed the high court verdict and the accused is in jail.

Luthra referred to the provision of the NCW Act and said the statute provides that the commission should move the court for correction if any such issues come up.

At the outset, Venugopal told the court that the high court verdict has already stayed and several new petitions have been filed in the matter.

He said that notices be issued on the new pleas filed against the high court order.

In its plea filed in the apex court, the NCW has said that if such a “perverse interpretation of physical contact is allowed, it will adversely impact the basic rights of women, who are victims of sexual offenses in the society and will undermine the beneficial statutory safeguards prescribed under various legislations aimed at protecting the interest of women.”

“The petitioner is aggrieved by the impugned order, and the perverse interpretation adopted by the high court that the term ‘physical contact’ in section 7 POCSO Act means only ‘skin to skin touch’,” the plea said.

The NCW has said that such a “narrow interpretation” adopted in the high court order sets a dangerous precedent that would have a “cascading effect on the safety of women and children”.

In its verdict, the high court had said that since the man groped the child without removing her clothes, the offence cannot be termed as sexual assault but it does constitute the offence of outraging a woman's modesty under section 354 of the Indian Penal Code.

It had modified the order of a sessions court, which had sentenced a 39-year-old man to three years of imprisonment for sexually assaulting a 12-year-old girl.

As per the prosecution and the minor victim's testimony in the court, in December 2016, the accused had taken the girl to his house in Nagpur on the pretext of giving her something to eat.

Once there, he gripped her breast and attempted to remove her clothes, the high court had recorded in the verdict.

However, since the accused groped her without removing her clothes, the offence cannot be termed as sexual assault and, instead, constitutes the offence of outraging a woman's modesty under IPC section 354, the high court had held.

The sessions court had sentenced the man to three years of imprisonment for the offences under the POCSO Act as also under section 354 of the IPC. The sentences were to run concurrently.

The high court, however, acquitted him under the POCSO Act while upholding his conviction under IPC section 354.

"The act of pressing of the breast of the child aged 12 years, in the absence of any specific detail as to whether the top was removed or whether he inserted his hand inside the top and pressed her breast, would not fall in the definition of sexual assault," it had said.

It had said that "the act of pressing breast can be a criminal force to a woman/ girl with the intention to outrage her modesty".