The JMC on April 7 issued an order to close down slaughter houses and meat shops selling both jhatka and halal meat during Navratri. 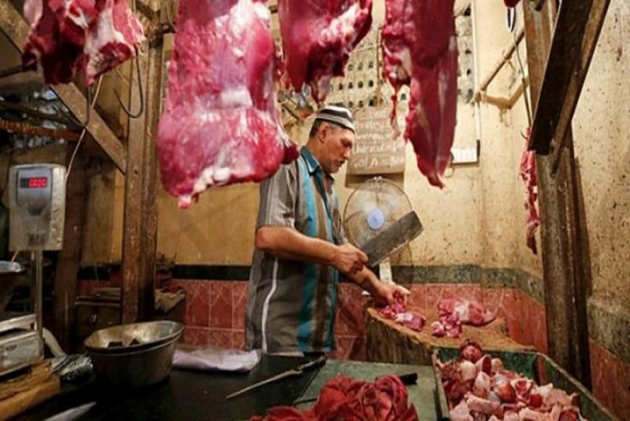 Days after Jammu Municipal Corporation (JMC) banned the sale of meat during Navratri in Jammu city, the order was modified on Monday allowing its sale in certain minority-dominated areas.

The order was issued after a resolution was passed in the general meeting of the JMC in which out of the 75 councillors, 45 belong to the BJP. BJP councilor Parmod Kapahi had moved the resolution.

The order had evoked strong resentment from the Muslim community more so as the holy month of Ramadan is starting from April 14. Navratri beings on April 13.

According to the modified order, meat can be sold in Gujjar Nagar, Talal Khatikan, Bhatindi Sunjwan, Sidhra and Sarwal areas. These areas have a sizeable Muslim population. The order also placed certain conditions like putting tinted glasses in front of shops and covering meat carcass with a muslin cloth.

Jammu city earlier had a handful of Muslim areas.  As militancy started in the Valley in the 90s and also in Doda, Poonch and Rajouri areas of Jammu region, Muslims started settling down in Jammu city.

“People had told me that seeing meat products hanging from shops hurt their religious sentiments during Navratri and we took the resolution to respect that sentiment. We are of the opinion that there should be separate meat zones in the city.  But we are not against any religion or intend to hurt religious sentiments of any community,” said Kapahi.

Asked why such an order was never passed in the past, Kapahi said: "Things not done in the past doesn't mean that they cannot be done. A beginning has to be made."

The order evoked a strong response from Jammu Muslims. Sheikh Zahoor, chairman of, Muslim United Forum, had threatened to defy the order if it was not either rescinded or modified.

"We respect the religious sentiments of our Hindu brothers. But, we too have our sentiments and constitutional rights. If the sale of meat is to be closed during Navratri, then why not ban liquor during Holy Ramadan? If Jammu is a Hindu-majority city, then J&K is a Muslim-majority region. It seems it was a deliberate move to send a signal to Muslims," said Zahoor.  He, however, welcomed the decision to modify the order, saying it has calmed frayed nerves.

Independent councillor Shama Akhtar had opposed the resolution when it was passed in the last meeting. She claimed the support of the Congress when again raised the issue in the meeting held on April 10. "It is good that better sense finally prevailed and the order was modified but it shouldn't have been passed in the first place.  It had hurt our religious sentiment especially when Holy Ramadan is just days away. I repeatedly asked BJP councillors to at least make some modifications in the resolution but they were adamant," said Shama.

Sources said a few BJP councillors said off the record that the resolution wasn't in good taste and was bound to evoke strong response.