'I want to tell those delusional people, we have come, we have arrived, we will conquer for the best of people,' Lone said. 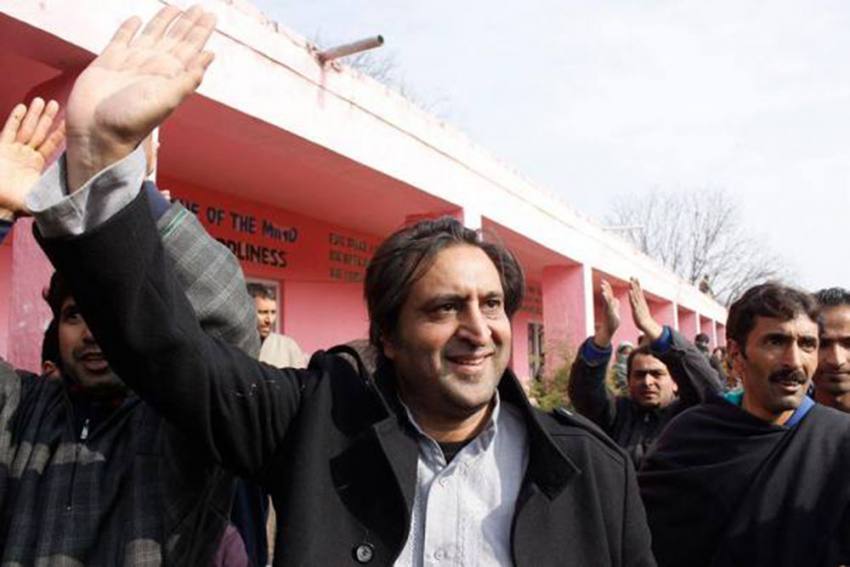 On a day when the son of a senior National Conference (NC) leader joined the Jammu Kashmir People’s Conference (JKPC), the latter’s chairman Sajad Lone said JKPC has arrived and “delusional people” who live with the “old mindset” should accept this reality.

“Let there be no delusion. I know there are many soothsayers who…refuse to see reality as it exists and want to create a reality as they want to see it. I want to tell those delusional people, we have come, we have arrived, we will conquer for the best of people,” Lone said in his opening remarks during a press conference here.

Hilal Rather, son of veteran NC leader and former finance minister Abdul Rahim Rather, joined JKPC on Saturday. He joined the party in Srinagar in the presence of Lone and other party leaders.

Hilal, a prominent businessman who is facing corruption charges, is being probed by a central agency. Last year, Jammu and Kashmir’s Anti-Corruption Bureau arrested him for his alleged involvement in misappropriation of Rs 200 crore from loans sanctioned by J&K Bank for his township project in Jammu. He was later granted bail and the case was taken over by the CBI.

Hilal’s father is known to be a close aide to NC chairman Farooq Abdullah and his son, former J&K CM Omar Abdullah. Abdul Rahim Rather has represented the Charar-e-Sharief constituency six times, for nearly four decades, and was finance minister of J&K for more than 15 years.

“Hilal is like my younger brother. Some 15 years ago we were sitting together. We were having tea and I asked Hilal when he would join me. He said one day he will, once he gets an opportunity. Today that day has come,” Lone said.