By taking the jabs, we have to create a wall of vaccine-induced immunity and be ready for any kind of eventuality in future, says Dr V K Paul 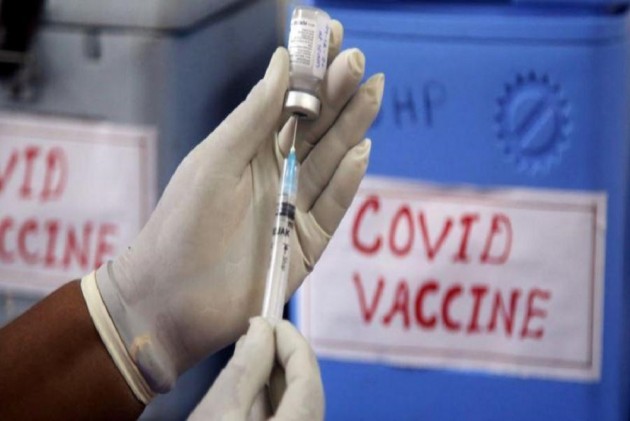 As India's Covid-19 vaccination drive opened up to a tepid response, the Centre on Tuesday urged healthcare workers to take the jab and said any concerns about adverse effects of the vaccine as of now are "unfounded, negligible and insignificant".

NITI Aayog member (health) Dr V K Paul asserted that both the vaccines -- Covishield and Covaxin -- are safe and a lot of effort has gone into making them, and it was a societal responsibility to get inoculated at the earliest.

It is saddening that healthcare workers, especially doctors and nurses, are declining to take it, he said, while addressing a press conference.

Of Those Vaccinated For Covid, 0.18% Were Adverse Events, Says Government

"We are not fulfilling our societal responsibility if a vaccine assigned to us is not being taken. The whole world is clamouring for a vaccine. I request you to please accept the jab.

"Vaccine hesitancy should extinguish because Covid-19 inoculation is taking us towards the elimination of this calamity," Paul said and disclosed that he himself has taken a jab of Covaxin.

He stated that concerns about adverse effects, as of now, seem to be "unfounded, negligible and insignificant" and the data shows that "we are in a situation of lot of comfort".

"We would like to reassure you with data that you have seen that these two vaccines are safe, they do not excite undue reactogenicity and are being accepted increasingly. They are also highly immunogenic," Paul said.

"We are very fortunate that we are running this vaccination drive at a time when the pandemic looks like to be in a controlled situation. So in this period, by taking the jabs, we have to create a wall of vaccine-induced immunity and be ready for any kind of eventuality in future," he said.

"Probably the degree of it is slightly more in case of Covid-19, not just in India but across countries because it's a new disease, new vaccine and therefore more confusion."

Vaccine hesitancy was seen in case of polio and Measles-rubella, Bhushan said, "The only way of addressing it is by engaging repeatedly with the beneficiary groups and trying to address all their doubts and confusions. That is our advise to all states and Union Territories."

"Good communication, understanding the facts behind it and taking it as a duty for yourself and for the society," Paul supplemented.

About whether a person is liable for compensation in case of an adverse event, Bhushan said, "The vaccine (Covaxin) which has been given emergency use authorisation under clinical trial mode is accompanied by three documents. One is the factsheet which is read out and explained to beneficiaries, second is a consent form... and the third is an adverse event reporting form where the recipient has to report the adverse event for the first seven days.

"There, it is clearly mentioned that if there is a causal relationship between immunisation and the adverse event whether it is severe or serious the hospitalisation costs would be borne by the authorities. That is the position as it exists now," he said.

Bhushan further said in case of Covishield vaccine the monitoring is passive.

"It is that after taking the vaccine I sit for half an hour and I am observed. If there is nothing I go home. If I develop a symptom the onus is on me to come to the hospital and report it. Whereas in case of Covaxin it is active follow-up. The doctor rings you up on a daily basis and you are given a form which you fill for seven days," he said.

On how the vaccines are distributed to states and Union Territories, Bhushan said it is done based on the proportion in which the Centre got the supplies.

"Which vaccine will go to which vaccination session is a decision which has been left entirely to the states. So states have taken a decision," the Union health secretary said.