Congress sources told Outlook that the intervention of Sonia Gandhi and Rahul Gandhi has succeeded in brokering truce between Rajasthan CM Ashok Gehlot and his deputy, Sachin Pilot. 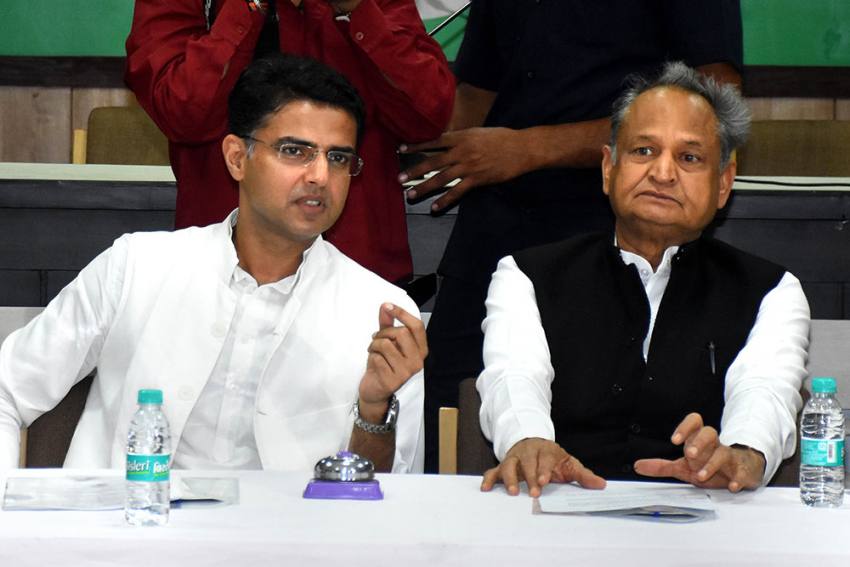 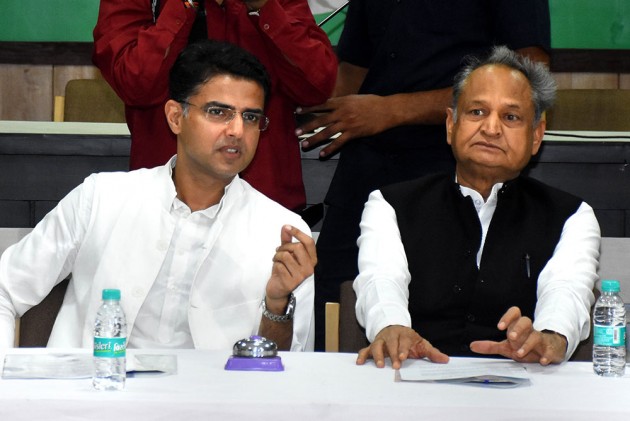 The Congress party, after a day full of some anxious moments, now sounds confident of staving off any threat to the stability of the Ashok Gehlot government in Rajasthan.

Meanwhile, Congress general secretary in-charge for the state Avinash Pande told PTI that all party MLAs in the state were in touch with him and wondered who were the ones purported to be siding with Pilot. However, he said he was still trying to reach out to Deputy CM who continues to be incommunicado.

A senior party leader told Outlook that Pilot had spoken to Rahul Gandhi and agreed to return to Jaipur tonight to resolve the crisis with Gehlot. Pande, the state Congress general secretary, is also likely to be in Jaipur along with party colleagues Randeep Surjewala and Ajay Maken to speak to Gehlot, Pilot and the Congress legislative party. A meeting of the legislative party has been convened at 10.30 AM tomorrow at the CM House by Gehlot.

Gehlot will also host al party MLAs and his ministerial colleagues for dinner at his residence tonight around 9 pm. It is, however, unclear whether Pilot and his loyalists will attend this dinner as a mark of truce or give it a miss for now.

Pilot had, on Saturday evening, left Jaipur for Delhi after reports emerged of the Rajasthan Special Operations Group (SOG) summoning him for questioning in the investigation linked with an alleged plot by the BJP to topple the state government by luring Congress legislators.

The Deputy CM had skipped a meeting of the Gehlot cabinet in Jaipur and instead drove to Delhi in an apparent bid to apprise the Congress high command of his growing discomfiture with his boss’s functioning style.

Pilot's arrival in Delhi and speculation over another 19 legislators -- 16 Congress MLAs and three independents -- moving into hotels in Delhi and Gurgaon had led to rumours that the state was likely to witness an encore of the political drama that preceded the fall of the Kamal Nath-led Congress government in March after Jyotiraditya Scindia raised a banner of revolt.

Various options for brokering peace between the Gehlot and Pilot factions are being discussed within the party, said sources. A senior party leader said Gehlot, who currently is also in-charge of the finance and home portfolios, could be asked to divest one of these in favour of Pilot. A cabinet reshuffle is also not ruled out.

On the other hand, apart from the SOG action, the state’s Anti Corruption Bureau has also begun a probe into the alleged bid to topple the government.

The Congress government has distanced itself from the three independent MLAs -- Khushveer Singh, Omprakash Hudla and Suresh Tak -- who were named in the preliminary enquiry (PE).

The Gehlot camp is hopeful of surviving the crisis based on its calculation of how the numbers stack up in the 200-member Rajasthan assembly. The Congress, including some 19 loyalist MLAs of Pilot, claims to have support of 123 MLAs in the assembly against the 72 MLAs of the BJP. To return to power, the BJP needs at least 21 MLAs. Though Pilot can provide support of 19 MLAs as per his own calculations, the Gehlot camp says some of these rebels are unlikely to walk away from the Congress and are in touch with the CM.

All Our Rajasthan MLAs In Touch With Me; Trying To Reach Sachin Pilot: Congress General Secretary