The BJP is supporting the shutdown while the Congress-led UDF is observing a "black day" on Thursday. 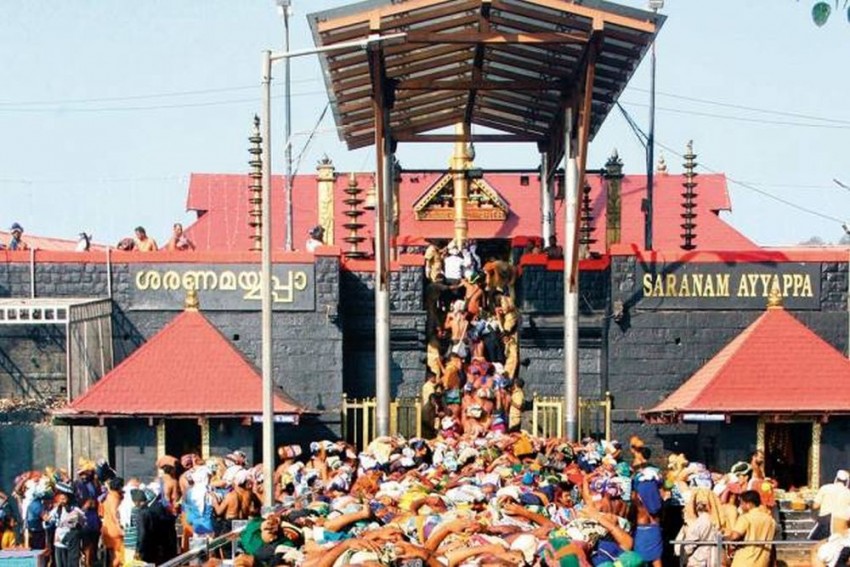 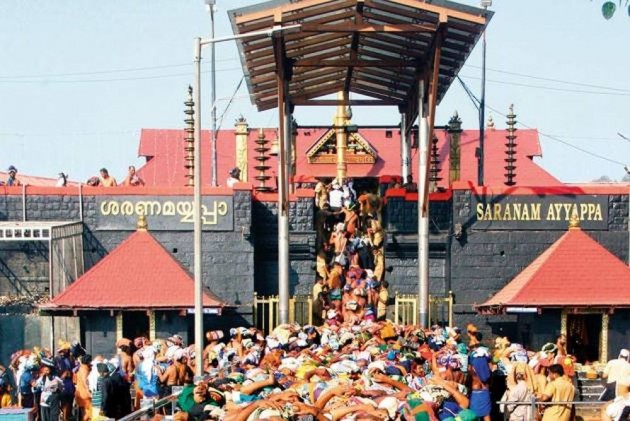 Widespread stone pelting, blocking of vehicles and incidents of violence and vandalism were reported in Kerala on Thursday after the entry of two women of menstruating age into the Lord Ayyappa temple at Sabarimala instigated protests across the state.

The hartal, which began at 6 am, has been called by Sabarimala Karma Samithi, an umbrella organisation of various pro-Hindutva groups, spearheading protests against the Supreme Court's September 28 verdict, and Antarrashtriya Hindu Parishad (AHP).

The BJP is supporting the shutdown while the Congress-led UDF is observing a "black day" on Thursday.

Two women, Kanakadurga (44) and Bindu (42), created history be stepping into the hallowed precincts guarded by police three months after the Supreme Court's historic judgement lifting the ban on entry of girls and women between 10 and 50 years of age into the shrine of Lord Ayyappa, its "eternally celibate" deity.

As the news spread like wildfire from the hill shrine, protests erupted at several places, with Hindu right-wing activists blocking highways and forcing closure of shops and markets.

BJP and CPI(M) workers clashed in front of the Secretariat for over five hours Wednesday as police used tear gas and water cannons to disperse them.

A 55-year-old man, who was seriously injured in stone throwing at Pandalam, died late Wednesday night.

Disruption due to protests

State-run KSRTC buses, which were pelted with stones during the violence on Wednesday by anti-women entry agitators, kept away from roads in many districts.

Adding to the woes of the public, number of autorickshaws plying were very less.

A large number of passengers, including women and children, were seen stranded at bus stands and railway stations across the state.

A 64-year old woman, Pathumma from Wayanad who came for treatment at the Regional Cancer Centre (RCC) here, collapsed and died at the railway station here in the morning, following which her relatives alleged that a delay in getting ambulance service resulted in her death.

Shops and hotels remained closed in the state capital.

The local party offices of the ruling CPI(M) were pelted with stones in Ernakulam and Malappuram districts, police said.

A library managed by the Left party in Palakkad was vandalised by protesters. Autorickshaws and private buses suffered damage during stone pelting in Kannur and Kozhikode, the police said.

Various universities, including Kerala, Mahatma Gandhi, Calicut and Kannur have postponed their examinations scheduled for Thursday.

A large number of protesters were arrested in various districts in connection with the violent incidents but the police is yet to divulge the total number of people arrested across the state.

At least 22 people were arrested in Malappuram and 12 in Kannur in connection with violence Wednesday night and this morning, police said.

Meanwhile, the Lord Ayyappa temple in Sabarimala witnessed a heavy rush of devotees despite the hartal and road blocks in the morning, shrine sources said.