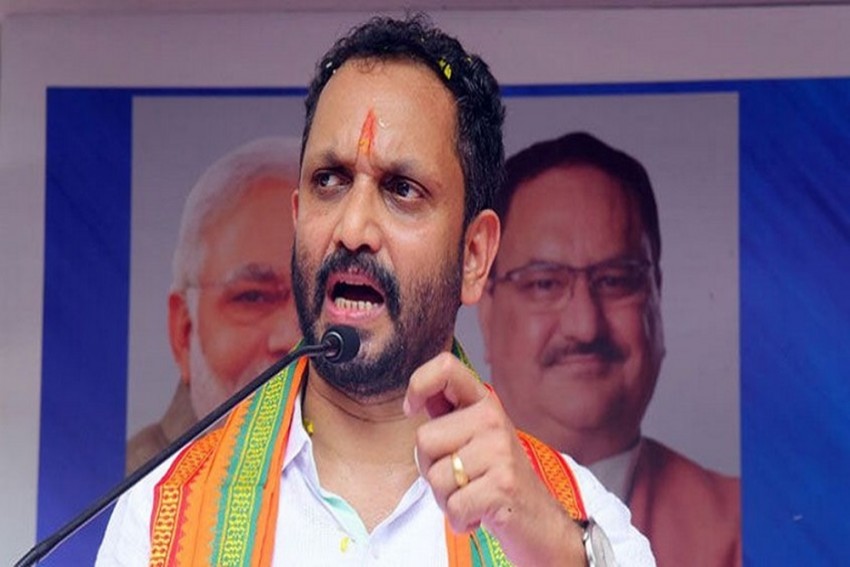 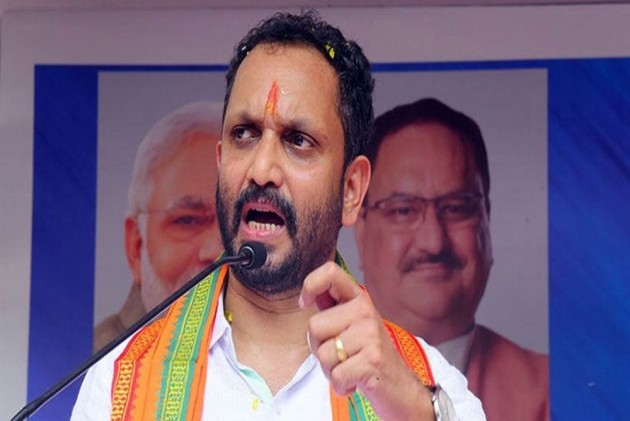 Stung by a humiliating defeat in the state Assembly polls, the discontent among the state leadership of the Bharatiya Janata Party (BJP) and its parent body Rashtriya Swayamsewak Sangh (RSS) is putting the party in a quandary. Sources in the BJP attribute party’s dismal performance to the tussle between the BJP and RSS factions in the state.

Though a section of the party demand changes at the helm, the national leadership seems to be taking measured steps in solving the deepening rift between the two camps. The central leadership is unlikely to make any organizational change at the moment, it was learned. Ever since the election results were out, a clamor for removing K Surendran as state president is also growing stronger.

The BJP, which was hoping to emerge as a third force in the state, came a cropper with the party registering a significant fall in its vote share compared to previous assembly and Lok Sabha elections.

The saffron party even failed to retain its sole Assembly seat Nemom in Thiruvananthapuram district, which helped BJP to open an account in the state in 2016.

Party insiders told Outlook that the trading of votes between the RSS camp and Congress-led United Democratic Front (UDF) in some constituencies resulted in the decline of its vote share. It should be noted that the NDA’s vote share plummetted from 14. 98 percent in 2016 to 12. 4 percent in 2021. The BJP contested 115 seats, out of a total of 140 assembly constituencies.

The rift-ridden ties between RSS and the BJP have been a constant headache for the central leadership. It has hurt the party’s prospect in the 2019 Lok Sabha election too. A BJP leader points out that while the RSS and the BJP share an amicable working relationship in other states, in Kerala, the RSS controls party apparatus. He also says that the lack of synchronization between the Sangh and the BJP impedes its prospects.

Many disgruntled party leaders have spoken out after its poor show in the recent assembly elections.

In another indication that all is not well in the party, three senior leaders PK Krishnadas, Sobha Surendran, and A N Radhakrishnan were conspicuously absent in the state committee meeting which was held last week. The leaders, who have contested and failed in the election, were miffed that a section of the party leaders was responsible for their defeat.

”They want a change at the helm. There was a significant fall in the vote share, which needs to be probed,” said an RSS leader.

The party also found itself red-faced when its former state president C K Padmanabhabhan lashed out at state president K Surendran for his flawed election strategies landing the party in soup.

Immediately after the assembly results, knives were out when BJP candidate and state vice President K S Radhakrishnan openly made allegations against his party colleagues of vote-trading in his constituency Thripunithura in Ernakulum district. Radhakrishnan alleged that his prospects were dented as the RSS and BJP camps voted in favor of Congress candidate.

Another BJP leader says that the RSS replicated the Thripunithura model in many other seats including Pala and Kundara, which saw a tight contest between CPM-led Left Democratic Front (LDF) and Congress-led UDF.

Chief Minister Pinarayi Vijayan too had raised an allegation of vote-trading between the BJP and Congress. In his first press conference after the stellar victory of LDF, Vijayan claimed that there was a tacit pact between the NDA and UDF in at least 10 seats. However BJP state general secretary M T Ramesh dismissed such allegations as baseless. Speaking to Outlook, he said that that the RSS and the BJP are on the same page and it was wrong on the part of CM to make such claims.” The CPM needs to explain how they lost votes in the seats he mentioned,” said Ramesh.

The strained relationship between the RSS and the BJP came to the fore at the party’s core committee meeting, which was convened last week to discuss poll results. The meeting was attended by Union minister and election in-charge Prahlad Joshi, BJP national general secretary B L Santhosh, and BJP Kerala prabhari (in-charge) C P Radhakrishnan.

Sources said that in the meeting, a senior RSS leader raised the issue of fielding party president K Surendran from two Assembly seats. Surendran had lost both. However, the rival camp failed to get a favorable response from Prahlad Joshi and BL Santhosh. “The leaders endorsed Surendran’s candidature saying that it was a decision taken by the central leadership,” said a leader.

However, M T Ramesh attributes the drop in the party's vote share to the erosion from its core vote bank—upper-caste Hindus and the poor show of its ally Bharat Dharma Jana Sena (BDJS). “We lost both upper-caste Hindu votes and minority voters. It needs to be thoroughly probed,” says Ramesh.

He added that any decision on organizational change will be taken only after working out a detailed review of the performance of the party in the constituency and district-wise levels.