The CBI has claimed that though an FIR had been registered against Rose Valley at the Bidhan Nagar police station, even before the SIT was constituted, the senior IPS officer did not initiate any investigation against Kundu’s Ponzi schemes. 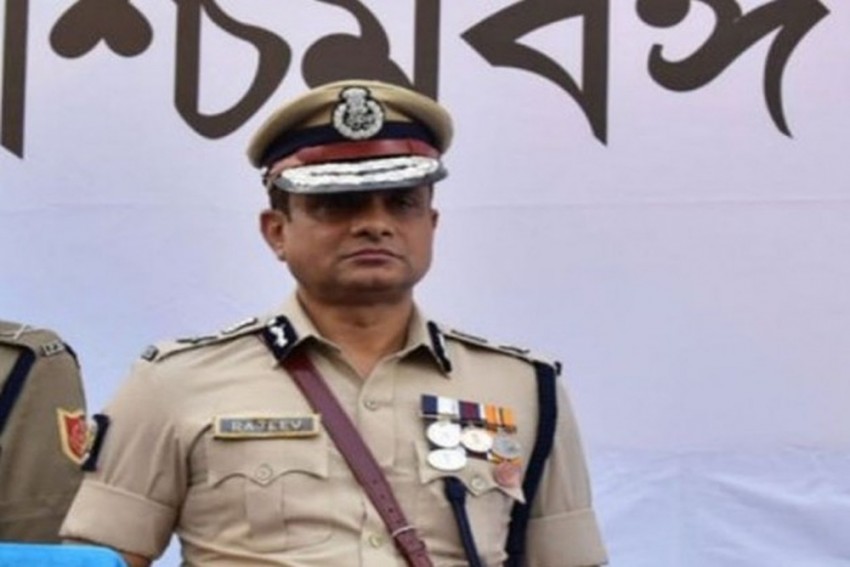 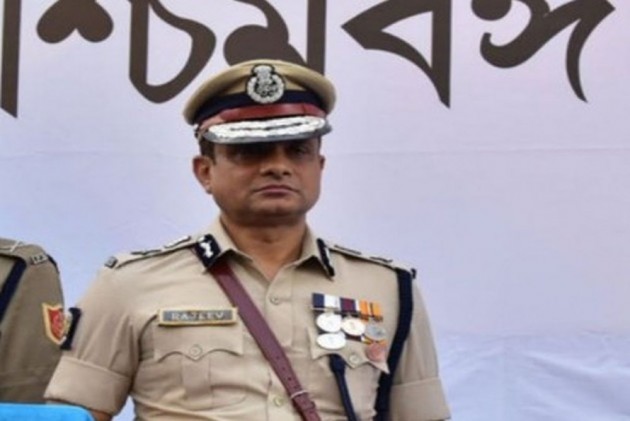 The Central Bureau of Investigation (CBI) has filed an affidavit in the Supreme Court detailing multiple ‘acts of omission’ by former Kolkata Police chief Rajeev Kumar during his stint as head of the special investigation team that probed a series of ponzi schemes, including the Saradha and Rose Valley chit funds, which duped investors of over Rs 20000 crore over a five year period between 2009 and 2014.

The investigating agency has now asked the top court to relax it's earlier order which had prevented the agency from arresting Kumar so that the former Kolkata top cop can be taken into custody for questioning.

The affidavit, submitted as part of an ongoing case that was filed in the top court in February after a CBI team was publicly roughed up by Kolkata cops when it reached Kumar’s residence to question him in the chit fund scandals, alleges deliberate and unexplained lapses on part of the SIT.

A source familiar with the contents of the affidavit told Outlook that the CBI has claimed that Kumar, as head of the SIT which began probing the ponzi schemes in early 2013, had turned a blind eye to fraudulent cash collections by the Gautam Kundu-owned Rose Valley chit fund for nearly a year before apex court transferred the cases to the central probe agency in May 2014.

The CBI has claimed that though an FIR had been registered against Rose Valley at the Bidhan Nagar police station, which was under Kumar’s jurisdiction, even before the SIT was constituted, the senior IPS officer did not initiate any investigation against Kundu’s ponzi schemes. This, the CBI has claimed, allowed Rose Valley to collect a staggering Rs 2500 crore between 2013-2014 even though all ponzi schemes operating in the state were, at the time, the subject of the SIT probe. The premier investigation agency wants the SC to allow it to investigate Kumar’s role in what it believes was a deliberate free pass given to Rose Valley chit fund promoters while the SIT diverted public attention to the goings on in the probe against Sudipta Sen and his close aide Debjani Mukherjee.

Sources said that the CBI has also relied on alerts sent by the Union Home Ministry and departments under the Union Finance Ministry to the West Bengal government in 2009 and 2010 which cautioned about the possibility of investors in the state being duped by ponzi scheme operators. However, the Bengal government under chief minister Mamata Banerjee only ordered a SIT probe after the lid was blown off the Saradha chit scandal in January 2013.

A senior CBI official told Outlook that the amount Rose Valley was allowed to collect within just one year was equivalent to the total amount that the Sudipta Sen-run Saradha Chit Fund had shored up from nearly 17 lakh investors over a period of more than five years.

But alleged lapses on Kumar’s part in investigating the Rose Valley scandal are not the CBI’s only concern. The probe agency, sources familiar with the contents of the affidavit have told Outlook, believes that though the SIT was supposedly probing the Saradha scam which had triggered greater media scrutiny due to the alleged involvement of several top leaders of Bengal’s ruling Trinamool Congress, Kumar had tried to muddle the evidence gathered against Sen and Mukherjee too.

Sources said that pen drives and a laptop recovered by the SIT when it nabbed Sen and Mukherjee from Sonmarg in Jammu and Kashmir in April 2013 were returned to Mukherjee without maintaining any record of their contents. The affidavit mentions that the court order allowing for the return of the laptop to Mukherjee was made possible only because the SIT raised no objection when asked if her request to get back materials recovered the April 2013 arrest and subsequent raids at Saradha premises could be entertained.

The affidavit also relies heavily on disclosures made by former Trinamool Congress MP Kunal Ghosh, a key accused in the Saradha chit fund scam. Ghosh, who headed Saradha’s media operations in 2012-2013 and was later accused by Sen for extorting large amounts of money from him, had been arrested by the SIT in November 2013 for his involvement in the chit fund scams. After spending nearly four years in jail, Ghosh was granted bail in January 2017.

Last month, when as per orders of the Supreme Court, the CBI had interrogated Kumar at its anti-corruption office in Shillong, the agency had also brought in Ghosh for joint questioning. The CBI affidavit places reliance on claims made by Ghosh during this joint interrogation that Kumar had deliberately derailed investigations against Saradha and Rose Valley promoters. A source privy to the Shillong interrogation also told Outlook that Ghosh has claimed that he had written several letters to the Centre and the West Bengal government in late 2013 and early 2014 expressing his willingness to cooperate with the probe into the ponzi scheme scandals and alleging that Kumar was tampering evidence in the cases.

On February 3, a team of CBI officials had arrived in Kolkata ostensibly to interrogate Kumar, then city police commissioner on the SIT probe into the chit fund scams and why, despite repeated summons, he had not appeared before the investigating agency. The CBI team was reportedly accosted by Bengal police personnel and, for a few hours, placed under detention on grounds that they had not followed due process of seeking the state government’s permission for interrogating a senior IPS officer.

Days later the CBI had moved the Supreme Court seeking initiation of contempt of court proceedings against Kumar and other officers of the Bengal police. CBI claimed that it had been trying to question the SIT members, including Kumar, for one and a half years to get information on missing evidence in the chit fund scams but the Bengal police officers had been evading interrogation. The agency told the apex court that at least 18 notices had been sent to Kumar and his colleagues asking them to appear before the CBI but none were complied with.

An apex court bench headed by Chief justice Ranjan Gogoi had then asked Kumar to appear before the CBI for questioning at the agency’s Shillong office. However, the CBI was told that it cannot take any coercive action against Kumar.

While Kumar has submitted an affidavit before the apex court claiming that the CBI’s allegations against him were baseless, the probe agency has also submitted a status report asserting that the former SIT chief had connived with the accused in the ponzi scams to tamper with the crucial call data records (CDRs). The CBI has also claimed that Kumar’s affidavit before the apex court was misleading and demonstrably false.

The court then asked the CBI to file a detailed affidavit listing grounds for the need to interrogate Kumar and other SIT members and alleged lapses on their part during the investigation into the Saradha and Rose Valley chit fund scams.