Tuesday's appearance before the ED in Jaipur is directed by the Rajasthan HC which asked Vadra and his mother to cooperate with the agency after they approached it seeking directions that no coercive action is taken against them by the agency. 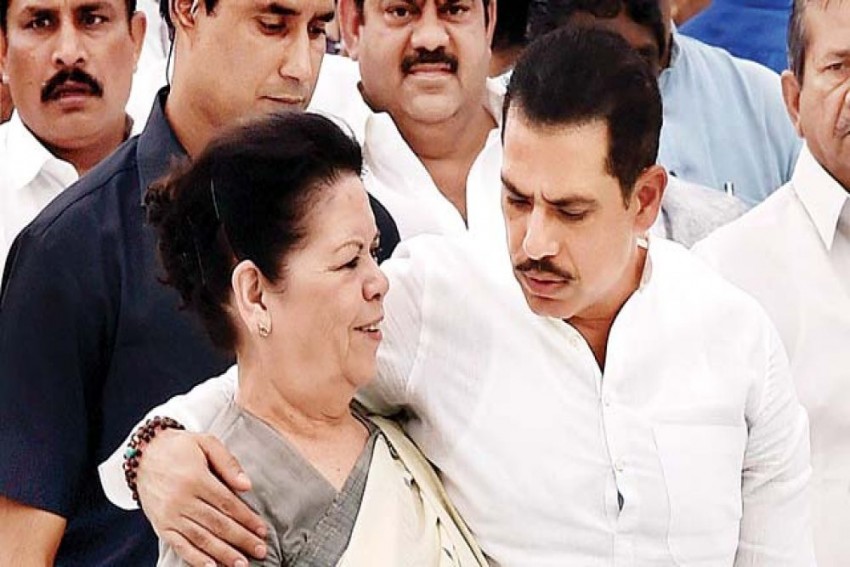 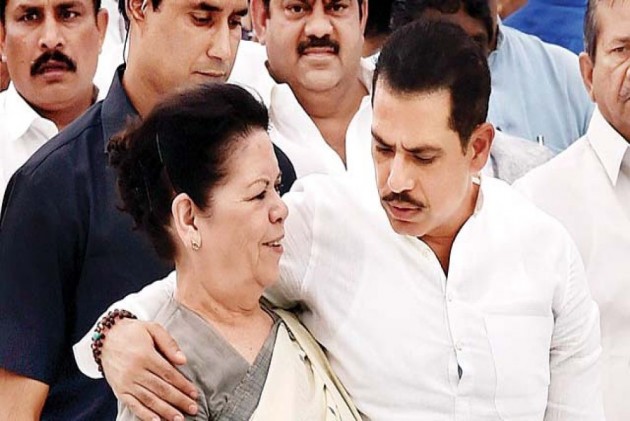 Robert Vadra, Congress President Rahul Gandhi's brother-in-law, is expected to make a fresh appearance before the Enforcement Directorate (ED) on Tuesday in Jaipur in connection with a probe into an alleged land scam in the Rajasthan border town of Bikaner.

Vadra's mother Maureen is also likely to appear before the central probe agency at about 10 am at its zonal office on Bhawani Singh Road in Jaipur on Tuesday.

The two landed at Jaipur airport on Monday noon.

This will be the fourth time that Vadra will appear before the agency.

On the last three occasions, he was grilled by the ED in Delhi in connection with a money laundering probe against him for his alleged role in procuring assets abroad in an alleged illegal manner.

Tuesday's appearance before the ED in Jaipur is directed by the Rajasthan High Court which asked Vadra and his mother to cooperate with the agency after they approached it seeking directions that no coercive action is taken against them by the agency.

Officials said the investigating officer (IO) of the case will record the statement of Vadra and his mother under the Prevention of Money Laundering Act (PMLA).

The agency grilled Vadra for about 24 hours over three sessions last week in the national capital.

In the Bikaner case, the agency had summoned Vadra thrice but he failed to appear and later approached the court.

The ED had registered a criminal case in connection with the deal in 2015, taking cognisance of a clutch of FIRs and chargesheets filed by the Rajasthan police after the tehsildar of Bikaner complained about alleged forgery in the allotment of land in the area, considered sensitive due to its proximity to the Indo-Pak border.

The ED, it is understood, wants to question Vadra about the operations of a firm -- Ms Skylight Hospitality Private Limited -- allegedly linked to him, which had purchased land in the area. It also wants to confront Vadra with the statements of those said to be linked to him.

The agency was also probing the role of a big steel firm that gave loans to a company that bought the land from firms linked to Vadra at a very inflated price, official sources said.

The agency, in the past, had also raided the premises of people linked to Vadra, like Mahesh Nagar and a few others.

In December 2017, the ED had arrested Ashok Kumar, a close associate of Nagar, and another person, Jaiprakash Bagarwa.

Nagar is said to be associated with Ms Skylight Hospitality Private Limited, the firm with alleged links to Vadra.

The ED had searched the premises of both Kumar and Nagar in April 2017.

Nagar was the "authorised representative" in four cases of land purchase in Bikaner.

Kumar, the agency alleged, had purchased land in the same area, using the "power of attorney" of others.

The ED probe in the case is related to the purchase of land measuring 275 bigha allegedly by the company in Bikaner's Kolayat area a few years ago.

The agency has also attached assets worth Rs 1.18 crore of government officials and others in connection with the case under the provisions of the PMLA.

The ED, in the past, had also issued notices to the firm and obtained certain documents from it.

The agency, however, has not mentioned Vadra's name in its FIR filed under the PMLA. The FIR names some Rajasthan government officials and the "land mafia".

Vadra had earlier denied any wrongdoing in connection with the land deal and the Congress had claimed that the case was a result of "sheer political vendetta".

The Rajasthan government had, in January 2015, cancelled the mutations (transfer of land) of 374.44 hectares of land, after the land department claimed to have found that the allotments were made in the names of "illegal private persons".

The tehsildar had said in his complaint that the government land in 34 villages of Bikaner, to be used for expanding the Army's firing range in the area, was "grabbed" by the land mafia with the help of "forged and fabricated documents", in connivance with government officials.

The ED suspects that a huge amount of money was laundered in the case as people bought land at cheap rates through forged documents.

The state government had while cancelling the mutations, said those were not issued by the Commissioner, Colonisation, Bikaner.