Robert Vadra was summoned to depose before the investigating officer of the case where his statement will be recorded under the Prevention of Money Laundering Act (PMLA). 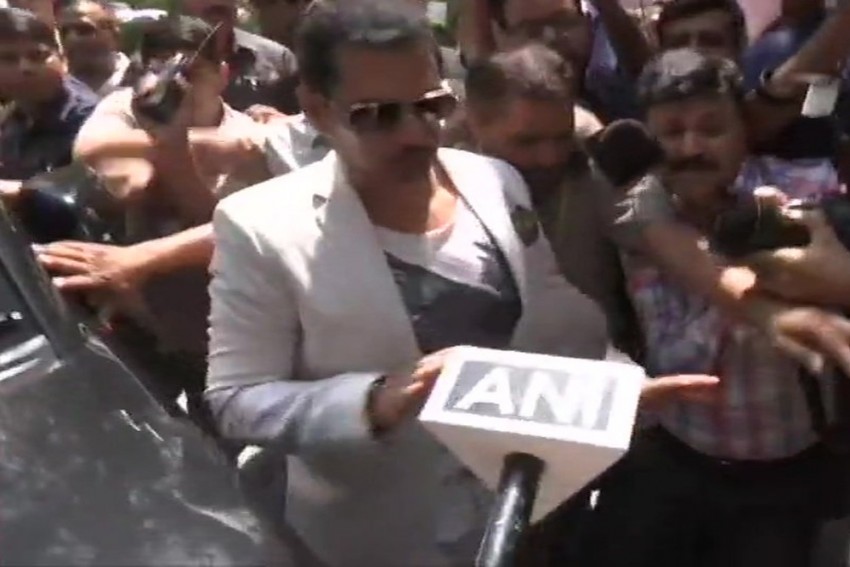 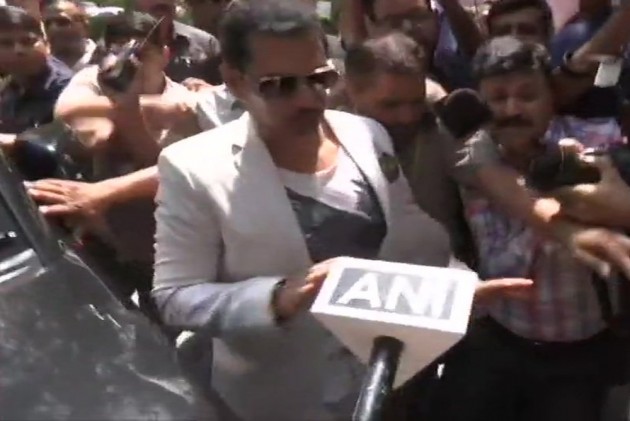 Vadra was dropped by his wife and Congress leader Priyanka Gandhi outside the agency's office near India Gate here at about 10:30 AM.

He was summoned to depose before the investigating officer of the case where his statement will be recorded under the Prevention of Money Laundering Act (PMLA).

He has appeared before the agency multiple times in the past in this case.

The agency has recently sought cancellation of the anticipatory bail given to Vadra and has also opposed his foreign travel.

A local court Wednesday had reserved for June 3 its order to allow Vadra to travel abroad.

The Enforcement Directorate (ED) also last week moved a court here seeking cancellation of the anticipatory bail given to Vadra in this case and the Delhi High Court had then issued notice to him seeking his response.

The ED had told the Delhi HC that it required Vadra's custody as he was not cooperating in the investigation and the trial court had not discussed the gravity of the offence in its order that gave relief to the high-profile businessman.

The ED case against Vadra relates to allegations of money laundering in the purchase of a London-based property located at 12, Bryanston Square worth 1.9 million GBP (British pounds), which is allegedly owned by him.

The agency had told a Delhi court that it has received information about various new properties in London which belong to Vadra. These include two houses, one worth 5 million GBP and the other valued at 4 million GBP, six other flats and more properties.

Vadra has denied the allegations of possessing illegal foreign assets and termed them a political witch hunt against him. He said he was being "hounded and harassed" to subserve political ends.