National Right or Wrong, It’s Only Narendra Modi Who Matters

Right or Wrong, It’s Only Narendra Modi Who Matters

Narendra Modi’s persona swept away everything else, including the high-octane Congress campaign of Chowkidar Chor Hai. 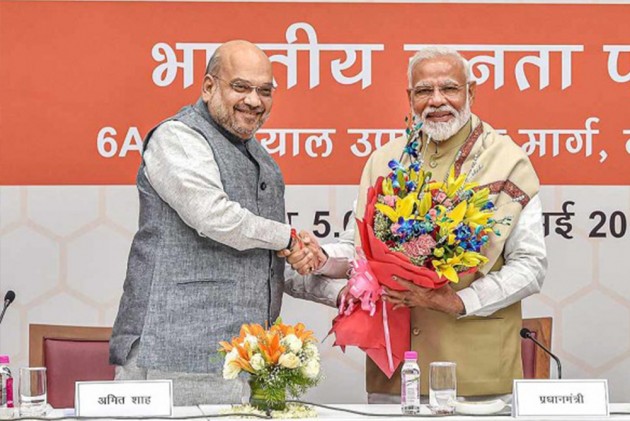 Elections in India have always been known more for spectacle than substance and the results of the 2019 Lok Sabha elections have lived up to that reputation. Finally, it was the optics and rhetoric of Prime Minister Narendra Modi that mattered, subsuming more eclectic issues such as unemployment, farm distress, a sluggish economy and alleged corruption at high places.

Modi’s persona swept away everything else, including the high-octane Congress campaign of Chowkidar Chor Hai where the prime minister, now set for a second five-year term, scored was his earnestness. No matter how vigorously the liberal elite may have differed with him, millions of Indians fell hook, line and sinker for every word that Modi uttered. The track record of his first term, blighted by rising social strife and ever-expanding economic suffering, never made any dent. What mattered in the final analysis was that Modi appeared more sincere and more believable than those who wished to challenge him.

Modi is the ultimate showman best suited for the spectacle of Indian elections. Though many derided him for what they felt was his fondness for drama, it is precisely the quality that helped him trigger popular imagination. India for the next five years can now leisurely debate how Modi deflected the real issues, but for Modi, the end justified the means. From his interview with Bollywood star Akshay Kumar discussing how he eats mangoes to his much-publicised meditation in a Kedarnath cave, the relentless messaging was just perfect for Modi. He warmed his way into the heart of the majority, cementing his place as the Hriday Samrat (king of the heart).

The opposition leaders, Rahul Gandhi included, attempted to match Modi but came a cropper. Gandhi, for one, sought to craft a campaign that he thought would dismantle the image of Modi. Following the controversy over the Rafale deal, the Congress president coined the slogan Chowkidar Chor Hai to target Modi. For all practical purposes, the slogan was loaded and had the potential to inflict great damage. But it never did. Despite having improved in articulation, Gandhi still couldn’t match Modi in terms of earnestness.

Where Modi scored over everyone else was his chemistry with the voters. In Uttar Pradesh and many other states, his rivals looked formidable. But that remained only on paper. Ditto in West Bengal, considered a bastion of Mamata Banerjee. Modi’s charisma and chemistry swept his opponents aside in state after state, propelling the BJP-led NDA to a roaring second term.

Right or wrong, that’s how Indian voters have voted. It was primarily a mandate for Modi, helped by heightened nationalism, a reinvigorated Hindutva and a BJP party apparatus that allowed the prime minister to extract the greatest political mileage. To put the record straight, even Balakot or surgical strikes would not have mattered much had Modi not been marketing them. For whatever reasons, the people have bonded with Modi and his trust quotient remains sky high. The 2019 results may have left certain sections in disbelief. But there is no doubt that voters’ belief in the prime minister remains rock solid.

Also Read| ‘Nothing Seems To Have Worked’: Rout For Congress As Saffron Wave Sweeps Country