The party asked why there was communication blockade and continued detention of political leaders If the situation was 'normal'. 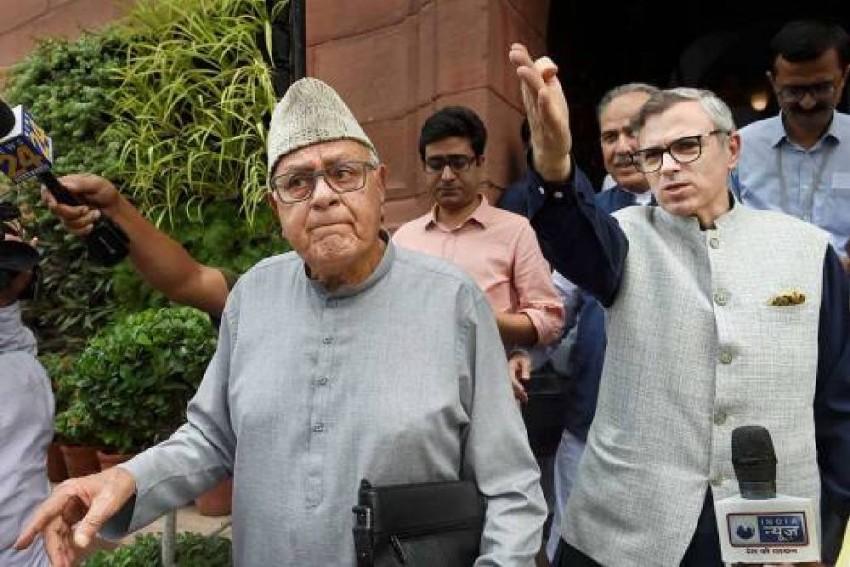 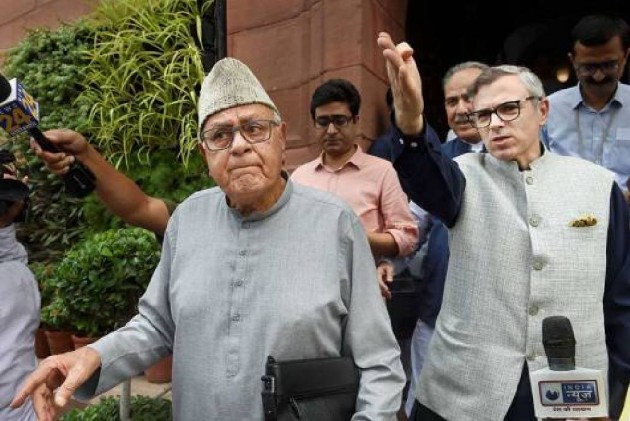 The National Conference on Wednesday described as unfortunate the parallel being drawn between situation in Jammu and Kashmir and Emergency in a bid to justify the detention of political leaders, including party MP and former chief minister Farooq Abdullah.

The party said it clearly reflected the Centre's "parochial mindset and hypocrisy".

The NC was reacting to Union Minister of the State for Home G Kishan Reddy's statement in Parliament that 30 MPs were detained by the Congress during the Emergency when asked about the opposition's demand for allowing Abdullah to attend the on-going session.

"The comparison is ridiculous and so is the justification, not only because the BJP has all along apparently remained in the forefront to assail and oppose the emergency but it also exposes the inherent contradictions within the ruling party at the Centre about Kashmir situation," the NC said.

The party spokesperson said Reddy's remark was an admission of the fact that Jammu and Kashmir is "virtually railing under the dark phase of emergency".

"This is a cause of concern and worry for democratic people who have offered numerous sacrifices to uphold the high values of democracy in the country for over seven decades," he said, adding that such a statement betrays the idea of India.

He said the Minister of State Home is also contradicting the claim of Home Minister Amit Shah who has described the situation in Jammu and Kashmir as normal.

If the situation was normal that why was there communication blockade and continued detention of political leaders, the spokesperson asked.

He reiterated the party's demand of releasing all political prisoners, including the three former chief ministers, and restoring political activities in Jammu and Kashmir.