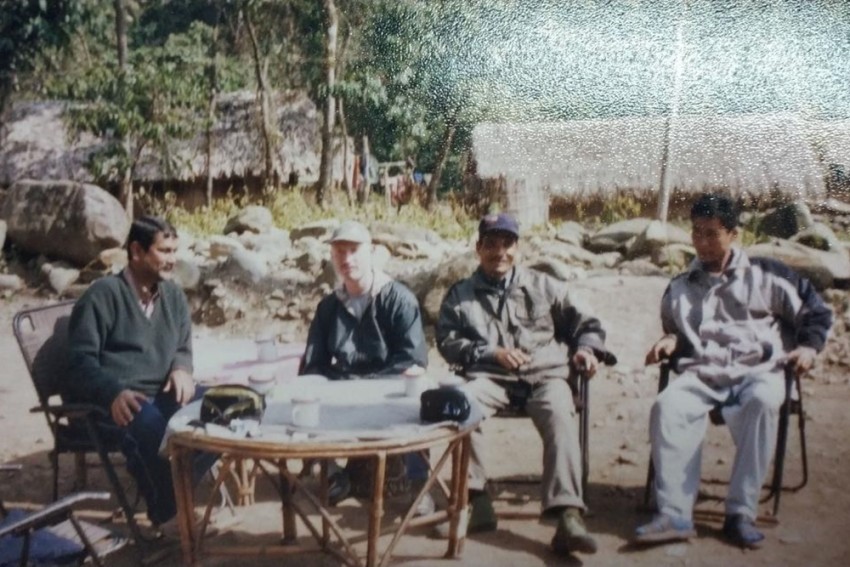 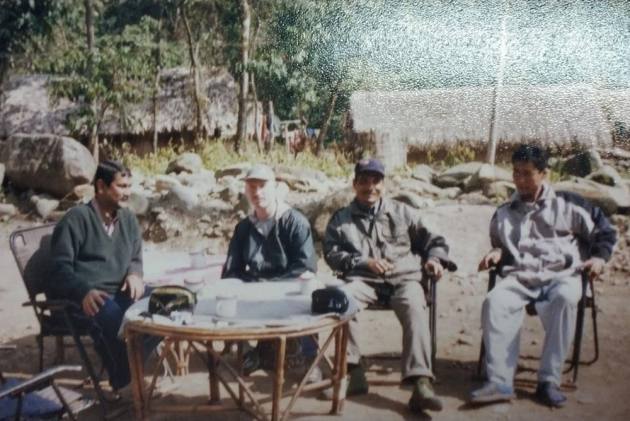 It was a spread worthy of royalty. Laid out on a cane table, it consisted of a local chicken curry, masoor dal, mashed potato, brinjal fry and some onion-green chilly salad.

Royalty? Certainly, if one were to consider that leading up to the sumptuous sight, for about eight-10 days, the diet was all about steamed rice and boiled “lai paat”, a green, leafy vegetable -- served punctually at 6 in the morning. After the first couple of days though, one would wait with longing for the 6-am tryst.

All these memories came rushing back as former Ulfa (Independent) finance secretary and self-styled “major general” Jibon Moran landed in Dibrugarh on Thursday to be taken into police custody. The organisation had, a few days earlier, relieved him of his responsibilities on the ground of failing health and permitted him to return home for treatment and to be with his loved ones.

The “royal” lunch was hosted by Moran at his camp in Sagaing division of Myanmar. That was in January 2003.

At lunch was also NSCN (K) chief SS Khaplang. Ulfa, then undivided, and a few groups from Manipur had their camps under the patronage of the Naga outfit and Khaplang, or “Baba” as he was fondly, and with reverence, referred to was their “local guardian”; he was a Hemi Naga from Myanmar. He passed away in 2017. All these groups were bound by a single dream of securing independence for the respective territories from Indian rule.

The lunch began after Khaplang said the prayers; it was an agonisingly long wait, but by the time it was over there was a definite sense of rebirth. Of course, there was a “feast” of sorts the day before, too, courtesy Khaplang himself. He had shelled out a small can of Myanmar-made prawn pickle from his home larder – his wife stayed with him -- to go with the rice and “lai paat” combo; it was a token of appreciation for successfully trekking to the camp after a three-day, two-night walk across mountains and in near-freezing cold.

“Baba had named my daughter (she was born the year before) Astami because she was born on that day of Durga Puja,” Moran recalled as we took lunch. The talk would veer to the genesis of Ulfa, the struggle and the commitment of the cadre to the cause. “There is no turning back now,” he said. He didn’t even as over the next few years Ulfa’s strength would continue to deplete through encounters, arrests, desertion and surrenders before a group parted ways to begin talks with the Centre.

But as all good things must come to an end, so did the farewell lunch. It was time to start the trek back to Assam. Once again, Khaplang led the prayers seeking the lord’s blessings for a safe journey as a session of photography followed.

“Do you have any reel left?” Moran asked with a smile and offered one. That was to film the return, but little could be used as blinding rain kept company almost throughout.

With Moran’s return, Ulfa (I) chief Paresh Barua has none of his contemporaries now left by his side.