He had allegedly posted a video on social media with offensive comments against the Supreme and High Court judges and their wives. 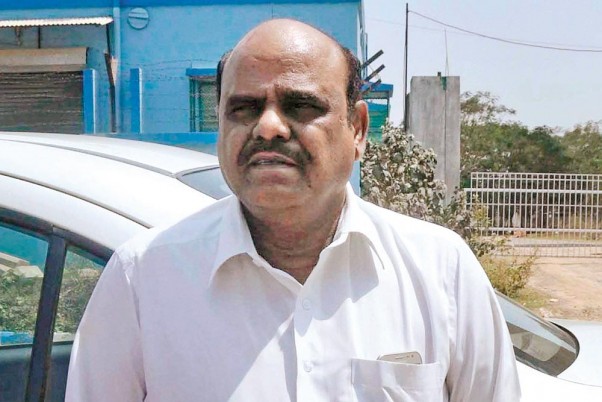 Former High Court Judge CS Karnan was arrested by Tamil Nadu Police on Wednesday after he allegedly posted offensive and derogatory comments on social media against the judiciary officials and their family members.

Several lawyers had filed written complaint to the Chief Justice of India to take appropriate action against the ex high court judge. A case has been registered in the Madras High Court to act against the accused.

The arrest comes after a video clip surfaced recently in social media, in which, Karnan, allegedly made objectionable remarks against judges and their wives.

He was arrested by the Central Crime Branch personnel from his suburban residence, a police official said.

Several sections of the IPC, including those related to insulting the modesty of a woman, intentional insult to public servant sitting in judicial proceeding, using obscene words, criminal conspiracy and intimidation, have been invoked against the former judge.

The Indecent Representation of Women (Prohbition) Act has been invoked against him, the official told PTI.

Also, he has been charged under section 67 A of the Information Technology Act for transmission of explicit obscene material, he added.

A woman advocate has formally lodged a complaint against him and following investigation, he has been arrested, the official said, adding "he will be remanded."

Former Justice KC Karnan is the only serving high court judge to be sentenced to a jail term. In June 2017, Karnan, who evaded arrest for over a month, was arrested from Coimbatore in Tamil Nadu after the Supreme Court held him guilty of contempt and sentenced him to undergo six months of simple imprisonment.

He was released from the Presidency jail in Kolkata in December of that year.