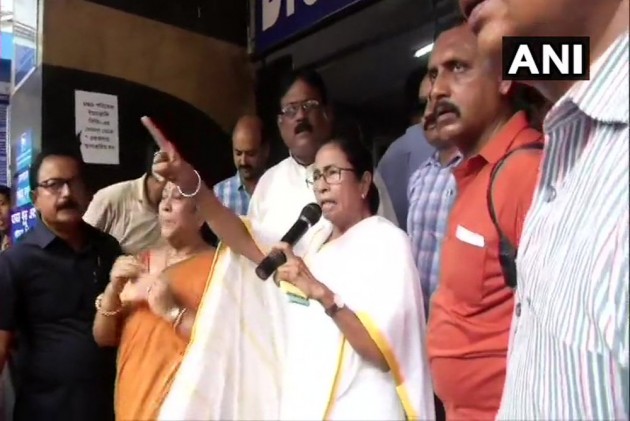 West Bengal Chief Minister Mamata Banerjee on Thursday met junior doctors at the state-run SSKM hospital in Kolkata and asked them to start working within four hours or prepare to face action.

The protesting doctors raised "we want justice" slogans when Banerjee reached the hospital. She warned the doctors would face action if they didn't follow her order.

Calling the protest a conspiracy hatched by the BJP and CPI (M), the Bengal CM alleged the outsiders were disrupting services at medical colleges and asked the police to ensure only patients get to stay on premises.

The protest entered their third day which spread to almost all state-run hospitals, three days after the family of a patient, who died on June 10, assaulted doctors.

Medical services in the state had come to a virtual halt on Wednesday following the strike as the doctors demanded Mamata Banerjee ensure their security.

Their demands for security had been "ignored for far too long", and the police also "failed to protect them" in the moments of crisis, they alleged.

The law and order situation in the state continues to deteriorate following clashes between the TMC and BJP workers even after the conclusion of the Lok Sabha elections.

The BJP has been demanding President's rule in the state, alleging the Mamata-led TMC was resorting to violence after the saffron party made significant electoral gains in the state.