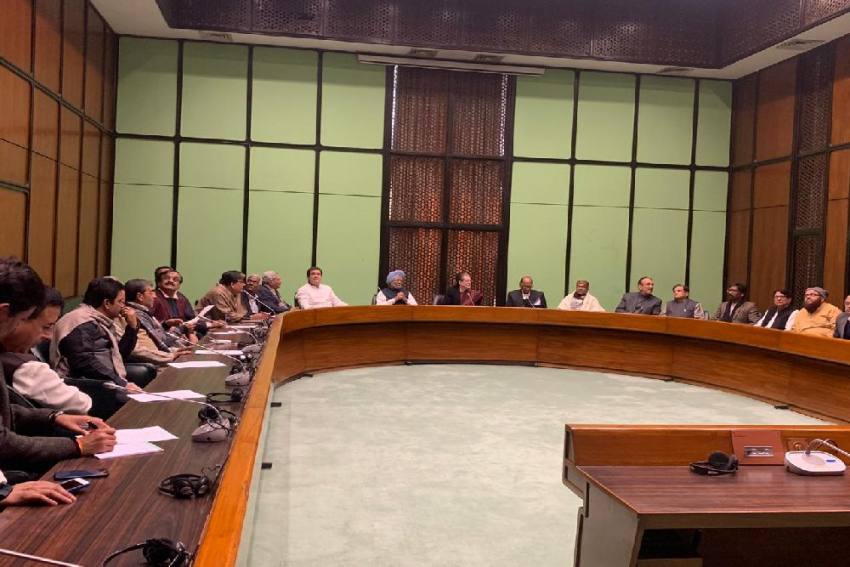 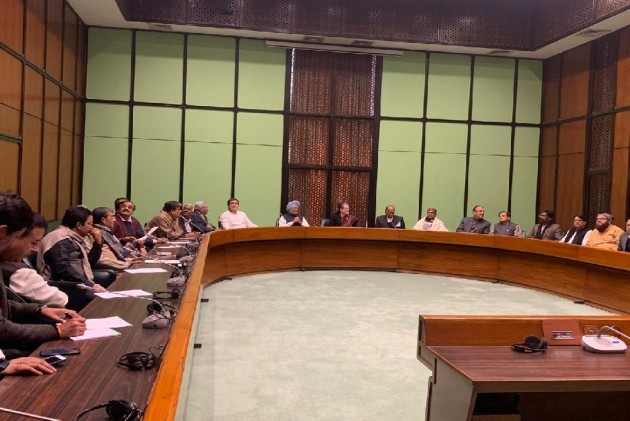 Congress President Sonia Gandhi, who convened an Opposition meeting following widespread protests against the Citizenship Amendment Act (CAA) and National Register of Citizens, on Tuesday said there was "unprecedented turmoil today" in the country.

Lashing out at Prime Minister Narendra Modi and Home Minister Amit Shah, Gandhi said they had misled the people. "They have contradicted their own statements of only weeks ago, and continue with their provocative statements while remaining insensitive to the state suppression and violence that is increasingly becoming commonplace," she said.

"The Modi-Shah Government stands totally exposed for its inability to govern and to provide security to the people. The NRC seems to have back-fired in Assam," she said.

"The government has let loose a reign of oppression, spreading hatred and trying to divide our people along sectarian lines," Gandhi said, "The Constitution is being undermined and the instruments of governance are being misused."

Speaking of violence on university campuses, Gandhi said: "Students and the young have in particular been targeted. In several parts of the country, especially in Uttar Pradesh, large sections of the population are being harassed and attacked."

"The nation has watched in horror at the BJP-orchestrated assault on JNU coming so soon after what happened in Jamia, BHU, Allahabad University and AMU and other institutions of higher learning in other parts of the country," she said.

Criticising the way police in Delhi and Uttar Pradesh handheld the anti-CAA protests, Gandhi said: "The response of the police in UP and Delhi has been shockingly partisan and brutal."

Gandhi said the real issue facing India was the collapse of economic activity and slowing growth and "development affecting all sections of society, especially the poor and disadvantaged."

She alleged the prime minister and the home minister had no answers to these questions and therefore they wanted to divert "the nation’s attention from this grim reality by raising one divisive and polarizing issue after another."

BSP, AAP and TMC, however, stayed away.

Sources said the top opposition leaders have already held discussions among themselves and Leader of Opposition in Rajya Sabha Ghulam Nabi Azad is leading the efforts.

The opposition is seeking to win over the youth and the students by supporting their protests against the amended citizenship law and the proposed National Register of Citizens (NRC).

Sources said Congress and other parties are seeking to take the students' movement forward and have lent support to their cause.

Uttar Pradesh Police Reforms: Lucknow, Noida Get Their Own Commissioners