'Shouldn't we help the persecuted?' the PM asked addressing an NCC rally in Delhi. 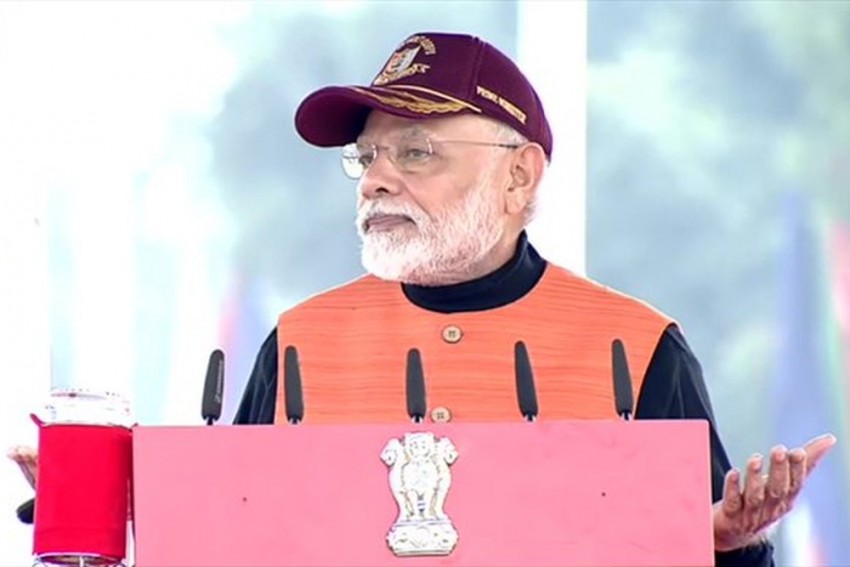 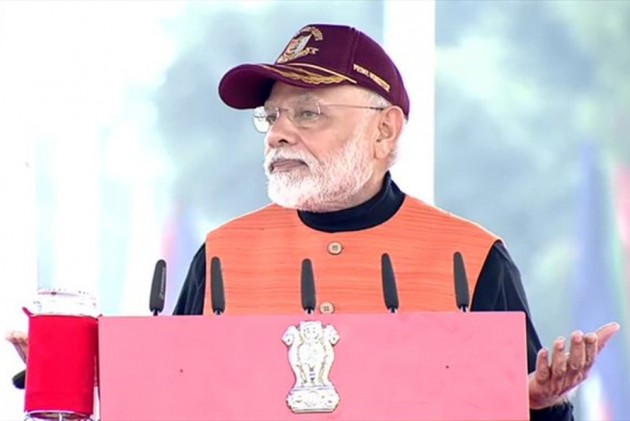 Prime Minister Narendra Modi on Tuesday came down heavily on those protesting against the amended citizenship law, saying they refused to see the persecution of religious minorities in Pakistan.

"Those who are fearmongering on CAA refuse to see the persecution of religious minorities in Pakistan. Shouldn't we help the persecuted? Some time back a Pakistan Army advert came out in which it was clearly written that only Non-Muslims apply for sanitation workers post," PM Modi said addressing hundreds of National Cadet Corps (NCC) cadets at a rally.

The NCC rally was held as part of Republic Day celebrations, at Cariappa Parade ground in New Delhi.

The Citizenship Amendment Act (CAA), which has sparked nationwide protests, grants citizenship to non-Muslim refugees belonging to six different faith including Hinduism and Sikhism and coming to India from Pakistan, Afghanistan or Bangladesh.

The Act itself does not mention 'religious persecution' as a criterion for granting of citizenship, but BJP leaders and Union ministers have justified the picking of six religions saying they were persecuted religious minorities in those three countries.

At the rally, PM Modi also tore into the previous Congress-led government saying problems in Jammu and Kashmir persisted since Independence because some political parties kept issues alive.

"Problem in J-K persisted since Independence, some political parties kept issues in region alive and terrorism thrived," he said.

"Our neighbour lost 3 wars to us and then waged proxy wars against us; thousands died but our army was not allowed to act," the prime minister said.

Claiming that Jammu and Kashmir and other parts of the country were peaceful today, he said, "for decades, aspirations of the Northeast were neglected."

Hailing his government's work in the Northeastern region, he said, "We initiated unprecedented plans for the development of northeast; with open mind and heart, we started negotiations with all stakeholders."

He also called the Bodo peace pact, signed on Monday, as "historical".

"Idea of young India is to advance by taking everyone along, developing everyone and gaining trust of all," he said.