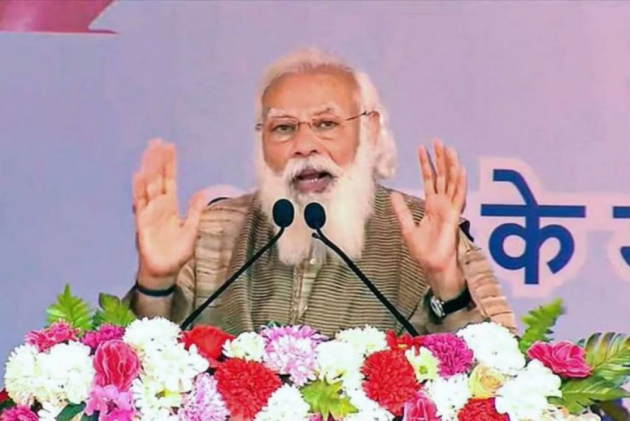 Ahead of ‘Amrut Mahotsav’, Prime Minister Narendra Modi on Monday lauded recent ‘multiple happenings’ which he said ‘are ‘heartening to every Indian’.

"As India enters August, which marks the beginning of the Amrut Mahotsav, we have seen multiple happenings which are heartening to every Indian. There has been record vaccination and the high GST numbers also signal robust economic activity,” PM Modi tweeted.

In another tweet, he said: “Not only has PV Sindhu won a well deserved medal, but also we saw historic efforts by the men's and women's hockey teams at the Olympics”.

The government has launched 'Amrut Mahotsav' to mark the 75th anniversary of India's Independence in 2022.

Modi said he was optimistic that 130 crore Indians will continue to work hard to ensure that India reaches new heights as it celebrates its 'Amrut Mahotsav'.

In signs of acceleration in economic activity, India's tax collections on goods sold and services rendered returned to over Rs 1 lakh crore in July after the second wave of Covid-related restrictions caused a blip in the previous month.

Goods and Services Tax (GST) mop-up grew 33 per cent year-on-year in July to over Rs 1.16 lakh crore, indicating that the economy is recovering at a fast pace. In July 2020, the collection was Rs 87,422 crore.

Over 13 crore vaccine doses were administered in July and the vaccination programme will be speeded up further this month. (With PTI inputs)