The Rajasthan High Court asked the Assembly Speaker not to act till Tuesday on disqualification notice sent to Sachin Pilot and 18 dissident MLAs. 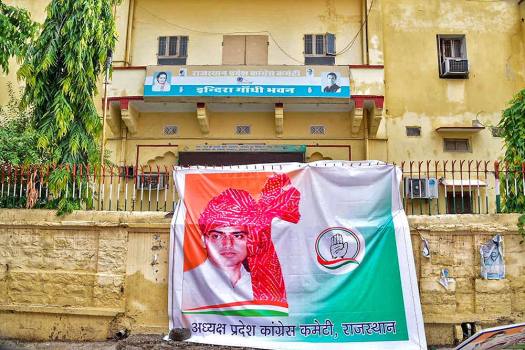 Sachin Pilot and 18 other Congress dissident MLAs on Friday got a four-day reprieve from any action by the assembly Speaker on the disqualification notices served on them, after the Rajasthan High Court extended its hearing on the issue to next week.

The division bench of the court, hearing the dissident MLAs petition against the Speaker’s notices, adjourned Friday evening. It fixed the next hearing for 10 am on Monday.

The counsel for the Speaker assured the court that no order shall be passed on the notice till 5.30 pm on Tuesday.

The notices had asked the MLAs to respond by Friday to the Congress move to disqualify them from the state assembly.

Speaker C P Joshi was expected to take up the matter at 5 pm, instead of 1 pm as mentioned in the notices.

The dissidents’ petition first came up before Justice Satish Chandra Sharma on Thursday, but their advocate Harish Salve sought time to file a fresh petition. Later, in the evening, the petition was referred to a division bench.

On Friday, the petition was taken up a by a bench of Chief Justice Indrajit Mahanty and Justice Prakash Gupta.

The bench accepted a plea by Congress chief whip Mahesh Joshi to include him as a respondent in the case.

The notices were served after the party complained to the Speaker that the MLAs had defied a whip to attend two Congress Legislature Party meetings, on Monday and Tuesday.

The Pilot camp, however, argues that a party whip applies only when the assembly is in session.

"Raising disagreements regarding 'dictatorial functioning' of CM is an internal matter and doesn't amount to defection," says advocate Harish Salve. He also raises the issue of freedom of speech of legislators.

In its complaint to the Speaker, the Congress had sought action against Pilot and the other dissidents under paragraph 2 (1) (a) of the Tenth Schedule of the Constitution.

The provision disqualifies MLAs if they “voluntarily” give up the membership of the party which they represent in the House.

Pilot was sacked as deputy chief minister and the president of the state unit of the party after he rebelled against Chief Minister Ashok Gehlot.