Senior Congress leader Randeep Surjewala announced the decision after a Congress Legislature Party meeting held in Jaipur amid a tussle for power between Sachin Pilot and Chief Minister Ashok Gehlot. 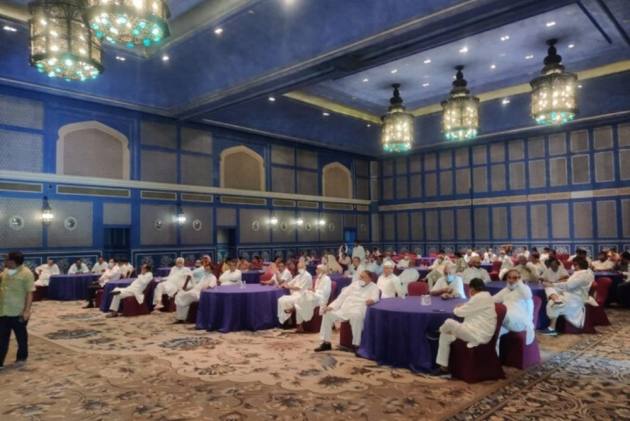 The Congress on Tuesday sacked Sachin Pilot from the posts of Rajasthan's deputy chief minister and the party's state unit chief.

Cracking the whip on the rebel party leader, the party also removed his loyalists Vishvendra Singh and Ramesh Meena from the state cabinet.

Sachin Pilot Says Won't Join BJP But Was He Ready To Defect?

Notice Sent By Police Had Upset Sachin Pilot, Made Him Head To Delhi

He said Sachin Pilot enjoyed the affection and blessings of Congress president Sonia Gandhi and was given political power at a young age. Yet, he and other ministers were trying to topple the state government as part of a BJP conspiracy, he added.

Gehlot briefed the Governor on recent developments in the state, caught in the grip of a power struggle between him and Pilot.