According to the complaint lodged by the 52-year-old Muslim man, when he refused to chant slogans and tried to escape, the two attackers chased him and hit him with a stick. 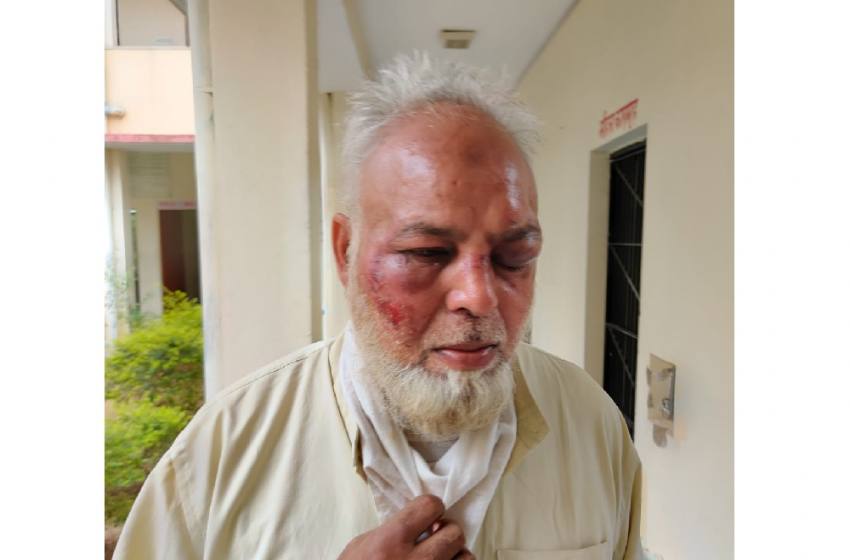 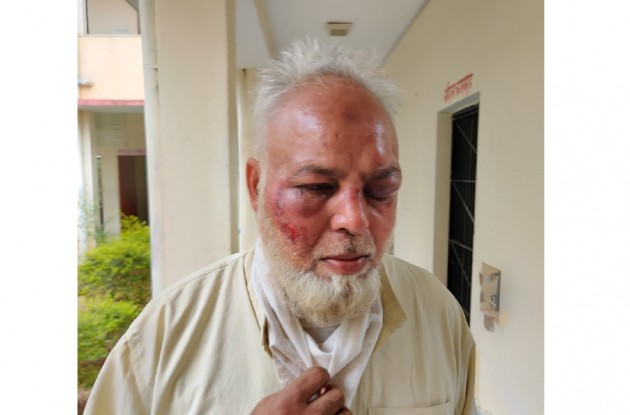 A 52-year-old autorickshaw driver from Sikar district of Rajasthan was allegedly assaulted by two men on Friday who reportedly forced him to say "Jai Shree Ram" and threatened to send him to Pakistan. Police have arrested two accused in connection with the case.

According to the FIR registered by the Sikar police on basis of the complaint registered by autorickshaw driver Gapphar Ahmad Kacchawa, the incident took place in the wee hours of Friday when he was returning from a nearby village. Kacchawa had gone there to drop off passengers.

"Two men stopped Kacchawa on the pretext of tobacco. However, after he shared tobacco with them they refused to take it and instead forced him to say 'Jai Shree Ram' and 'Modi Zindabad'. When Kacchawa refused to say any of these slogans, the duo slapped and hit him on his face", reads the FIR lodged by the Sikar police. In the FIR, Kacchawa also claimed that the duo stole money from his wallet along with his wristwatch.

"They chased me and forced me to come out of the auto and hit me badly with a stick due to which my teeth broke and my eye was left swollen. The attackers also said that they will send me to Pakistan", Kacchawa, who is hospitalised in the government hospital in Sikar, said in his complaint. 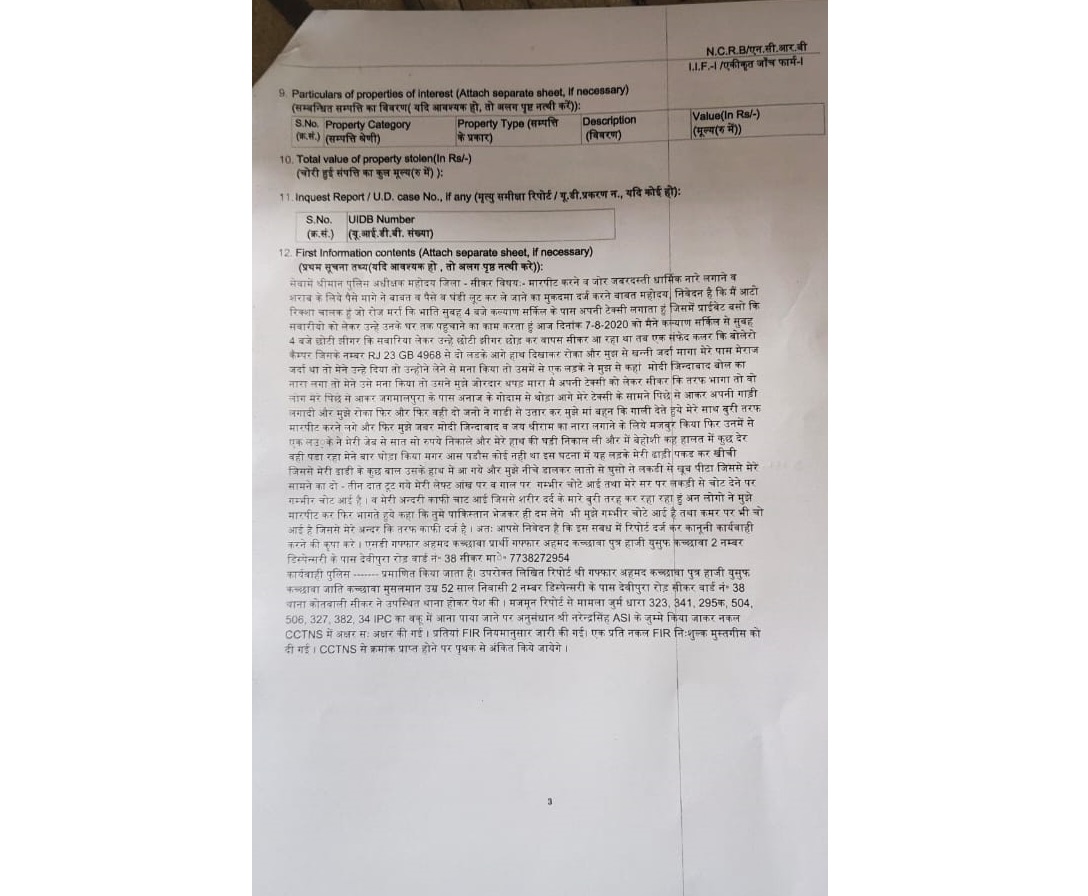 Following Kachhawa's complaint, the Sikar police lodged an FIR and arrested two persons-- Shambhudayal Jat and Rajendra Jat who are in their early 30's in connection with the case.

"As per preliminary investigation the two persons that have been arrested were drunk when they attacked and assaulted Kachhawa. After sustaining multiple injuries the victim is stable and under treatment in the government hospital", Narendra Singh, investigation officer (IO), Sadar police station, Sikar told Outlook.

Police has registered FIR under sections 323 (voluntarily causing hurt), 341 (wrongful restraint), 295A (deliberate and malicious acts, intended to outrage religious feelings of any class by insulting its religion or religious beliefs), 504 (intentional insult with intent to provoke breach of the peace), 506 (criminal intimidation), 382 (theft after preparation made for causing death, hurt or restraint in order to the committing of the theft) of the IPC.