Rajasthan Crisis: Notice Sent By Police Had Upset Sachin Pilot, Made Him Head To Delhi

Sachin Pilot appears set to skip the meeting of MLAs at Gehlot's house amid intensification of the power struggle between the two Congress leaders. 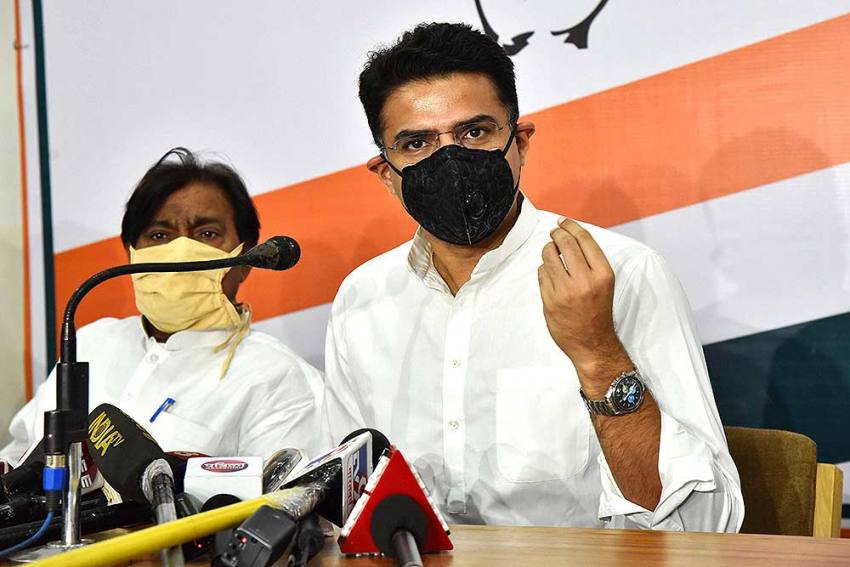 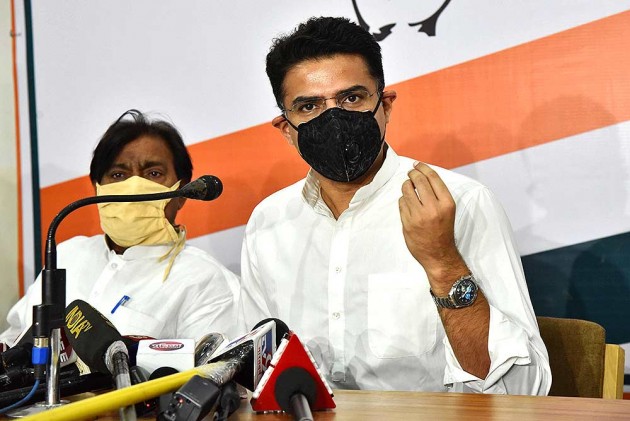 Amid speculations over the widening rift between Rajasthan Chief Minister Ashok Gehlot and his deputy Sachin Pilot, the former has summoned Sunday night a meeting of all party MLAs at his official residence in Jaipur. This will  be followed by a meeting of the Congress Legislature Party in Jaipur on Monday morning.

Sachin Pilot appears set to skip the meeting at Gehlot's house amid intensification of the power struggle between the two Congress leaders after the Deputy CM received a notice from the police in the case of alleged attempts to destabilise the government.

Congress MLA Ameen Kagazi who visited the chief minister on Sunday told Outlook, "There are allegations of horse-trading. Around 15-18 MLAs are in Delhi to meet party high command. We are hopeful to save the party. The rival BJP is trying to lure the MLAs but we shall stay strong and hope that those in Delhi return to Jaipur".

Another independent MLA Babulal Nagar who met Gehlot on Sunday, said “We are hopeful that nothing untoward will happen. We met CM to express faith and confidence in his leadership."

Uncertainty looms over the political spectrum of Rajasthan after the Deputy CM Pilot went incommunicado with the press and his colleagues in the Congress party on Sunday.

As per sources, a notice sent to Pilot on Friday night by the Rajasthan police's Special Operations Group (SOG) in a probe against BJP for toppling the Congress government in the state has triggered the recent rift between the two stalwarts of Rajasthan congress.

Following the SOG summon, the deputy CM reached Delhi with his loyalists to talk to the party leadership about the developing crisis in government.

"Pilot is upset over summons for questioning by the Special Operations Group over allegations of destabilising the government. The situations are made tough for our leader to remain calm", an MLA close to Pilot told Outlook.

On Friday night, the special operation group of Rajasthan police arrested two persons for allegedly planning to topple the Congress government in the state. The complaint was filed ahead of the Rajya Sabha elections by Rajasthan Chief Whip Mahesh Joshi.

As Pilot went incommunicado, the speculations of him being in talks with the Bharatiya Janta Party went viral on social media. However, BJP leaders in the state denied such allegations and called it baseless.

Interestingly, Rajasthan police which has sent the notice, comes directly under CM Gehlot who also holds the portfolio of Home Minister. What makes it more interesting is that Pilot is not alone to receive the notice. Gehlot as well as several independent MLAs in Rajasthan have been asked to appear before SOG for questioning in the investigation into alleged attempts to destabilise the state government.

Reacting to the notices sent by the Rajasthan police, the chief minister, tweeted to clear his stand. "The notice has been sent to record our statements related to the case lodged by SOG. I have also received a notice. There is nothing more to it," he said.

On Saturday, Gehlot had said in a presser that BJP is trying to lure Congress MLAs to topple the state government.

In the House of 200 MLAs in the State Assembly, the Congress has 107 MLAs -- six of them are from Mayawati's Bahujan Samaj Party and changed camp last year. It also has the support of at least a dozen independent MLAs. Whereas, BJP has 72 of its own MLAs and the support of six others.