The former Congress president Rahul Gandhi posted a video of Saturday's events, showing authorities reading out an order to the opposition leaders and Gandhi addressing the media. 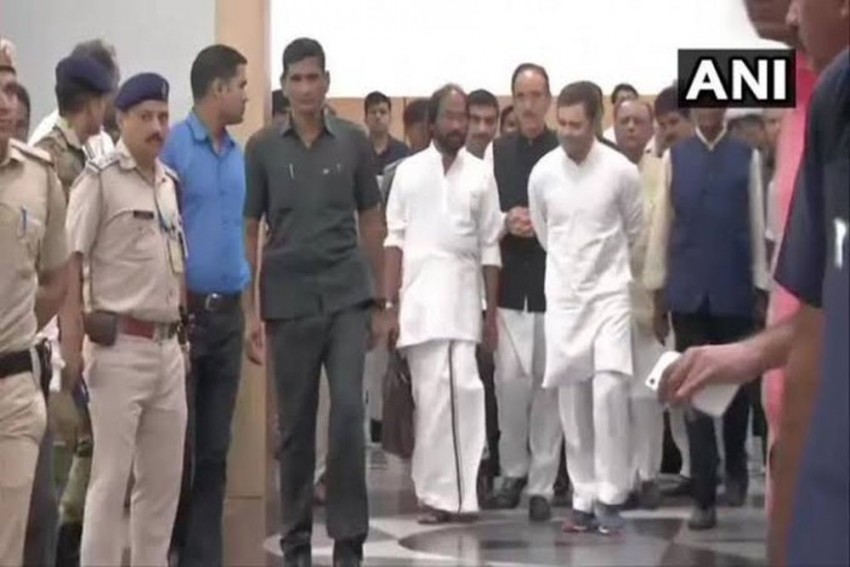 Rahul Gandhi-led a team of 11 members of opposition to Srinagar, but were stopped from venturing out and were sent back to the national capital
PTI 2019-08-25T19:29:23+05:30 Rahul Gandhi Shares Video Of His Srinagar Visit, Attacks 'Draconian Administration' Of J&K 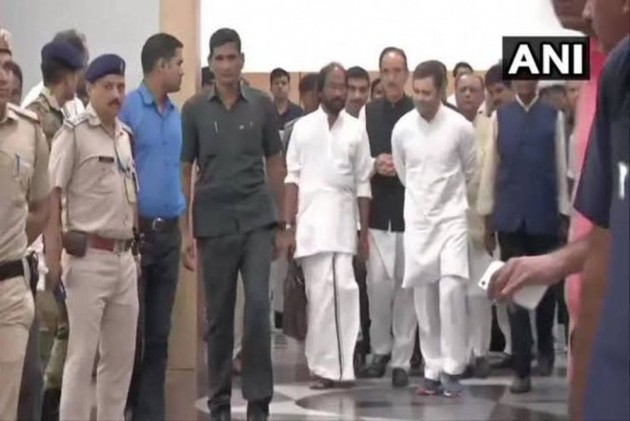 Congress leader Rahul Gandhi on Sunday said leaders of the opposition and the press got a taste of the "draconian administration" and "brute force" unleashed on the people of Jammu and Kashmir when they tried to visit Srinagar.

A delegation of opposition leaders, including Gandhi, which wanted to visit Kashmir Valley to take stock of the situation there, after the abrogation of the provisions of Article 370, was not allowed to leave Srinagar airport on Saturday by the state administration and had to return to the national capital.

The former Congress president also posted a video of Saturday's events, showing authorities reading out an order to the opposition leaders and Gandhi addressing the media.

It's been 20 days since the people of Jammu & Kashmir had their freedom & civil liberties curtailed. Leaders of the Opposition & the Press got a taste of the draconian administration & brute force unleashed on the people of J&K when we tried to visit Srinagar yesterday. pic.twitter.com/PLwakJM5W5

The video showed Gandhi speaking to the media and alleging that media persons accompanying the delegation were mishandled and beaten up.

He also said it is clear that things are "not normal" in Jammu and Kashmir.

During Saturday's attempt to visit the Valley, Gandhi was accompanied by leaders of CPI(M), CPI, DMK, NCP, JD(S), RJD, LJD and TMC.