The delegation wanted to visit the Valley to take stock of the situation. The Valley has been placed under security lockdown since August 5, when Article 370 was abrogated. 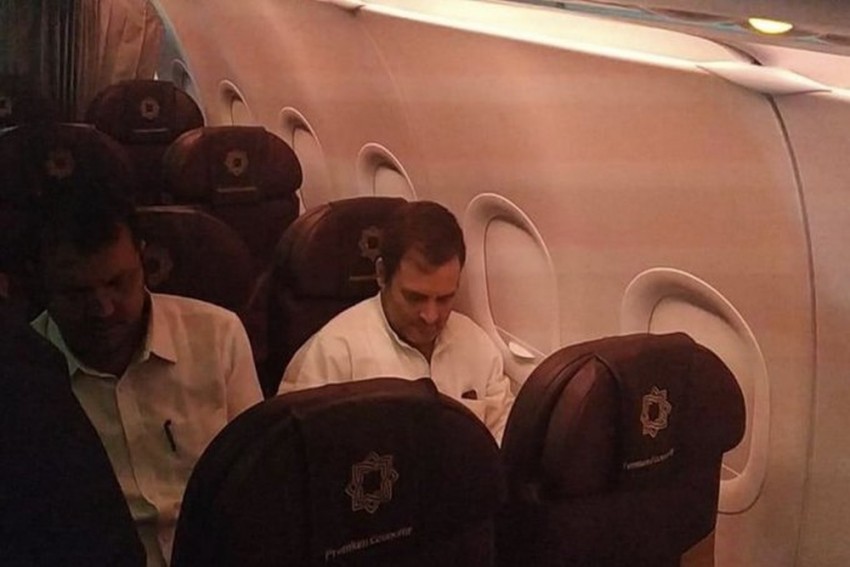 Rahul Gandhi, along with a team of opposition leaders were headed to Kashmir on Saturday
Twitter
PTI August 24, 2019 00:00 IST 'What Is Modi Govt Trying To Hide?' Says Congress After Rahul Gandhi-Led Delegation Denied Entry In J&K 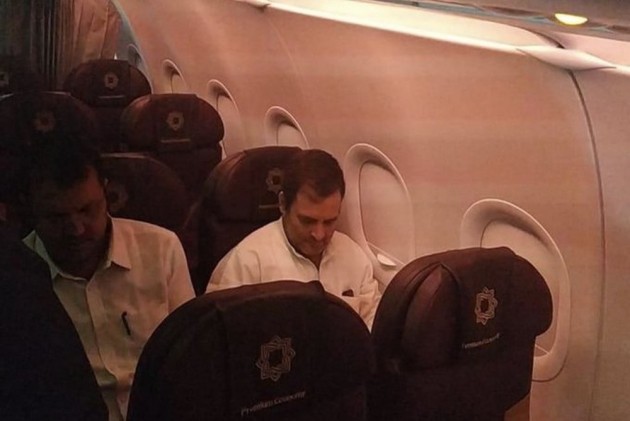 The Congres Party on Saturday hurled a fresh attack at the Modi Government asking what was it trying to "hide" in Jammu and Kashmir after Rahul Gandhi-led team of opposition leaders were denied entry into Srinagar.

An 11-member party delegation from New Delhi was heading to the Kashmir Valley to take stock of the situation thereafter the abrogation of Article 370 provisions.

The Congress Party tweeted on its official handle raising a question that if the situation was "normal" in J&K why were the leaders sent back from the Srinagar airport?

If the situation in Jammu & Kashmir is "normal" as the govt claims, why has the delegation of Opposition leaders led by Shri @RahulGandhi been sent back from Srinagar airport?

What is the Modi govt trying to hide? #RahulGandhiWithJnK

The development comes a day after the Jammu and Kashmir government issued a statement asking political leaders not to visit the Valley as it would disturb the gradual restoration of peace and normal life.

However, Congress leader Ghulam Nabi Azad said they were not going to break any law as they were leaders of responsible political parties.

"The government says the situation in J&K is normal. But then they don't allow leaders to visit? Haven't seen such a contradiction. If things are normal there, why aren't we allowed to visit?" Azad said.

Communist Party of India (CPI) leader D. Raja also issued a statement saying they were not going to the Valley to create any law and order problem.

The delegation representing eight political parties - the Congress, CPI(M), CPI, DMK, NCP, JD(S), RJD and the TMC, LJD-- had said that they were "responding to the invite of the governor of Jammu and Kashmir for visiting the state".

A statement from CPI(M)'s Politburo slammed the government over "denial of entry" into Srinagar to opposition leaders, alleging it was "daylight robbery of rights" guaranteed by the Constitution.

"We are citizens of the country. So is everyone in J&K. We are not people who will make things difficult for anyone. We just want to see the situation on the ground," Loktantrik Janata Dal (LJD) Chief Sharad Yadav told the reporters.

Congress J&K state president G A Mir and other party leaders said the government action belies its "repeated claims" that the situation in the valley has largely "normalised".

"Congress criticizes the action of the government to disallow opposition delegation to visit Kashmir in view of its repeated claims that the situation in the valley has normalised to the extent that all government and other institutions are working normally and there is peace in most parts of the state," a statement issued by J&K Pradesh Congress Committee said.

On one hand, the Centre and state government made claims about the normalcy while on the other they have declared the state out-of-bound for all mainstream leaders of the country except those of the ruling BJP, the Committee said.

This shows the "mindset" of the ruling party in Delhi and the "undemocratic" style of the regime, they said, adding they have not shown any respect for the main opposition leadership of the country.

The CPI(M) issued a statement after its leaders were denied entry saying:

"The delegation had planned to visit various parts of the state over the next few days, talking to various people and sections of the populace and shades of political opinion to ascertain the situation existing on the ground and the difficulties that they are encountering as a result of the shutdown in the Kashmir valley for days together."

The CPI(M) also alleged misbehaviour of police with media at the airport.

"If 'normalcy' exists in the Valley as claimed by the government, why is it stopping representatives of political parties from meeting the people?" it asked

It said that the people of the country were watching this "blatant trampling upon of the democratic rights of people and their representatives by a party which seeks to impose a totalitarian regime".