The Congress leader Rahul Gandhi is currently on a two day visit to Jammu and Kashmir. 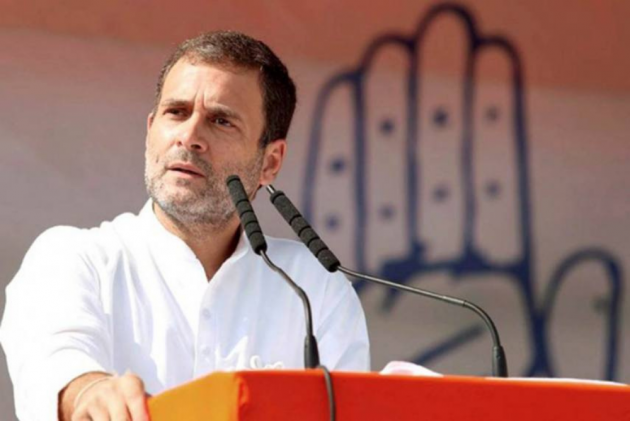 Calling for restoration of Jammu and Kashmir’s statehood Congress leader Rahul Gandhi on Friday accused the BJP and the RSS of breaking the composite culture of the erstwhile state.

“I am feeling sad that the BJP and the RSS are trying to break the composite culture of Jammu and Kashmir. This makes you weak,” he said while addressing Congress workers in Jammu.

He said the BJP took away the statehood of J&K which has made the people of the Union Territory economically weak.

He said the government should restore the statehood of J&K.

The Congress leader Rahul Gandhi is currently on a two-day visit to Jammu.

He described his J&K visit as homecoming, since he said his family has a long relationship with Kashmir.

He said Congress during its tenure implemented various welfare schemes for the Kashmiri Pandit community, however the present ruling dispensation has not done much for the community.

Earlier,senior Congress leader Ghulam Nabi Azad during his address to the party workers criticised the government’s claim on the J&K’s development.

Azad said no development was done in J&K in the past seven years.

Azad said the government has weakened the people of Jammu through various orders.

He also criticized the government’s decision to cancel 150 year-long practice of ‘Darbarmove’, saying the decision will impact Jammu adversely.