'Cong Should Have Consulted Its FMs Before...': Sitharaman Reacts To 'Stealing' RBI Money Remark

The statement by Congress and Sitharaman's response comes in the wake of RBI's decision to transfer Rs 1.76 lakh crore in dividend and surplus reserves to the government. 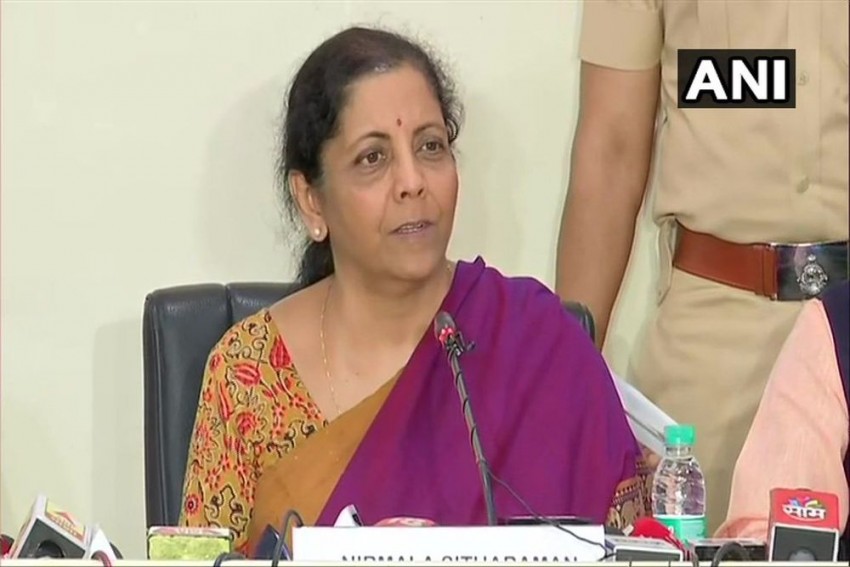 Nirmala Sitharaman speaks on the sidelines of a GST meeting. (ANI)
Outlook Web Bureau August 27, 2019 00:00 IST 'Cong Should Have Consulted Its FMs Before...': Sitharaman Reacts To 'Stealing' RBI Money Remark 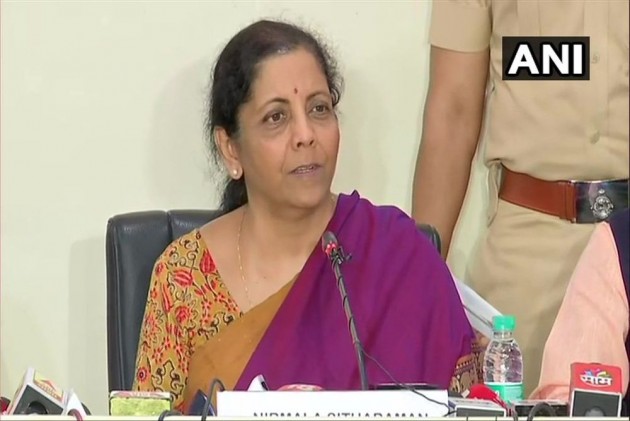 Finance Minister Nirmala Sitharaman on Tuesday said that questioning the credibility of the Reserve Bank of India (RBI) was outlandish and worrying, within hours of the Congress party accusing the government of thrusting Indian economy towards bankruptcy and an economic emergency.

Congress leader Rahul Gandhi earlier in the day hit out at the government over the record cash transfer from the RBI, saying the prime minister and the finance minister are "clueless" about solving the "self-created economic disaster" and accused them of "stealing money" from the central bank.

Hitting back at the Congress party, Sitharama said they should have consulted their finance minister and seniors before making these allegations regarding the RBI.

"Yet, they have become consummate in making such allegations of stealing and I do not want to pay much heed to this," she said on the sidelines of GST meeting.

"They (RBI) have themselves given the explanation that financial stability, surplus to meet any emergency and contingency have all been factored in when the committee arrived at the formulations.

"So comments being given on the credibility of the RBI is commenting on the RBI itself, their selection of the committee and the committee independently arriving at a formula," she said.

The statement by Congress and Sitharaman's response comes in the wake of RBI's decision to transfer Rs 1.76 lakh crore in dividend and surplus reserves to the government.

Sitharaman said the Bimal Jalan Committee, appointed by the RBI, had experts and it gave a formula based on which the amount was arrived at.

On Tuesday, Congress spokesperson Anand Sharma demanded the government bring out a white paper on the state of Indian economy within a week and release data on projects underway and investments in public and private sectors together with the actual factory output.

He also demanded a report on the country's export scenario and the credit offtake by Micro, Small and Medium Enterprises (MSMEs), and the agriculture sector within two weeks.

Before Sharma's press conference, Rahul also said that the move was akin to stealing a Band-Aid from the dispensary and sticking it on a gunshot wound.

"PM and FM are clueless about how to solve their self created economic disaster," he charged on Twitter.

"Stealing from RBI won't work - it's like stealing a Band-Aid from the dispensary and sticking it on a gunshot wound," he said, using the hashtag "#RBILooted".