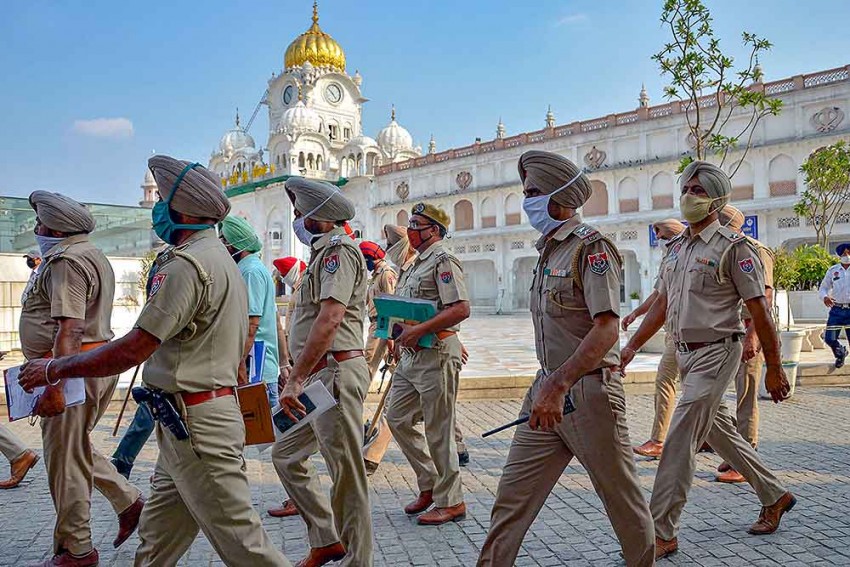 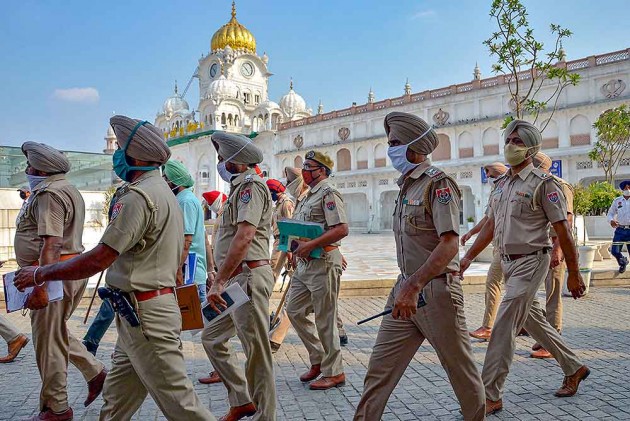 Pro-Khalistan slogans were raised by Sikh hardliners in the Golden Temple complex in Amritsar on the 36th anniversary of Operation Blue Star on Saturday.

'Parallel Jathedar' of Akal Takht Dhian Singh Mand, who entered the premises with the Mann-led group, addressed the gathering.

Members of Sikh hardliner outfit Damdami Taksal along with Akal Takht Jathedar Giani Harpreet Singh and Shiromani Gurdwara Parbandhak Committee (SGPC) officials honoured the families of those who were killed during Operation Blue Star, which was carried out in 1984 to flush out heavily-armed terrorists holed up in the Golden Temple.

The main programme to honour such families was organised by the Akal Takht.

There was heavy barricading by police around all entry points to the Golden Temple.

Due to entry restrictions in view of the coronavirus pandemic, not more than 1,000 people gathered at the shrine. Usually, more than one lakh people visit the shrine on this day every year.

Earlier in the day, there was a minor scuffle between policemen and the group led by Maan as they were initially denied entry inside the Golden Temple. Maan sustained a foot injury during the scuffle.

Later, the group was allowed entry following the intervention of senior police officers present on the spot.