The Dalai Lama, revered by the Tibetans as a 'living god', attended the prayers and blessed the gathering, which also included Lobsang Sangay, Prime Minister of the Tibetan-government-in-exile. 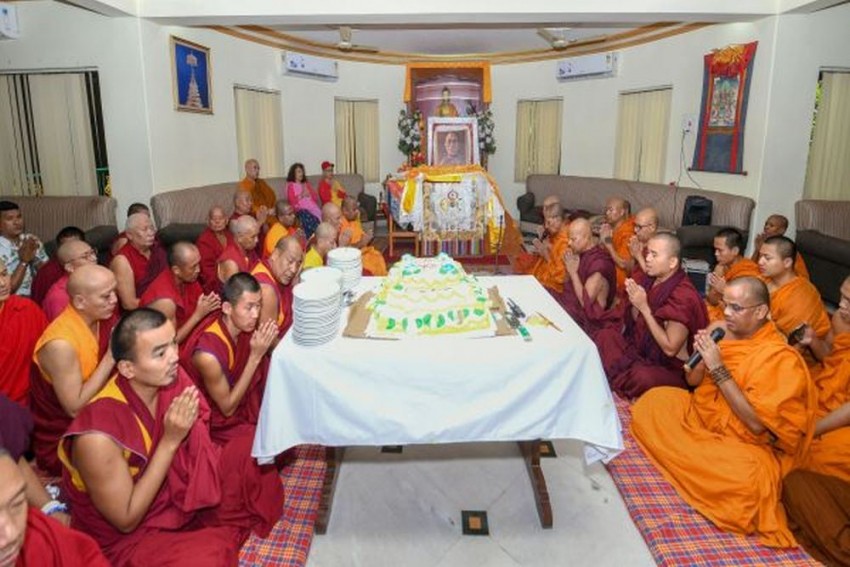 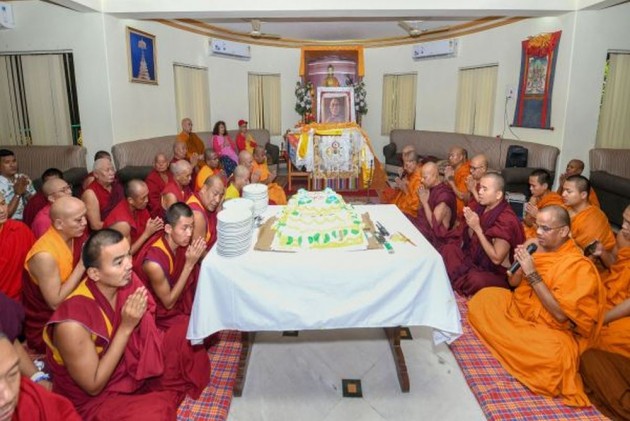 Donning traditional dresses, hundreds of Tibetans on Saturday joined the 84th birthday celebrations of their spiritual leader the Dalai Lama at the main temple Tsuglakhang in Dharamshala.

The Dalai Lama, revered by the Tibetans as a "living god", attended the prayers and blessed the gathering, which also included Lobsang Sangay, Prime Minister of the Tibetan-government-in-exile.

"Special prayer sessions were held for the long life of His Holiness," a Central Tibetan Administration (CTA) spokesperson told IANS.

Releasing a statement on the occasion, the Tibetan parliament thanked the Indian government and its people for extending assistance to the Tibetan people.

The statement said it had been 60 years since Tibet was forcefully annexed by China, resulting in the Dalai Lama and thousands of Tibetans fleeing into exile.

"The government and people of India with whom Tibet had deep cultural ties since ancient times have been most generous in extending every possible assistance and facilities to the Tibetan people during this difficult time," it said.

Born on July 6, 1935, at Taktser hamlet in northeastern Tibet, the Dalai Lama was recognised at the age of two as the reincarnation of the 13th Dalai Lama, Thubten Gyatso.

He fled Tibet after a failed uprising against the Chinese rule in 1959. Since then, he has spent his time in exile pushing for autonomy for Tibet.

The Dalai Lama was awarded the Nobel Peace Prize in 1989 for his non-violent campaign for democracy and freedom in his homeland. However, the Chinese view him as a hostile element bent on splitting Tibet from China.