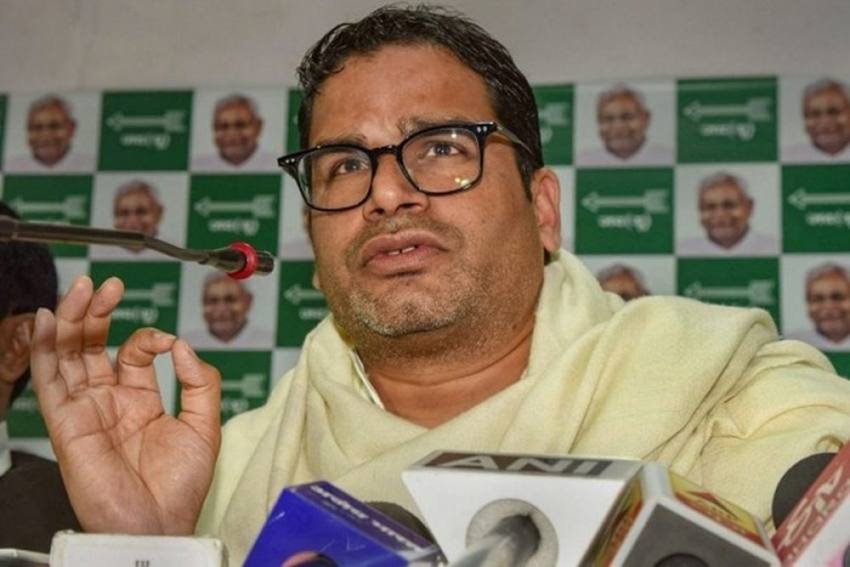 A day after claiming that the BJP will not cross double digits in the West Bengal assembly polls, election strategist Prashant Kishor on Tuesday challenged its leaders to say on record that they will quit their positions if the party failed to get 200 seats.

"BJP will struggle to cross double digits and will get less than 100 seats in West Bengal. Will quit my work if they do," Kishor told PTI, reiterating his assessment.

He also clarified that if the saffron party does any better than what he has predicted, he would quit his work.

Will Quit Twitter If BJP Gets To Three-Digit Figures In Bengal: Prashant Kishor

Kishor, who managed Narendra Modi's successful campaign for prime ministership in 2014, has been roped in by TMC supremo Mamata Banerjee to boost her party's prospects in the West Bengal assembly polls likely in April-May next year.

On Monday, he tweeted that the BJP would struggle to cross double digits in West Bengal, setting off a war of words with BJP leaders on the microblogging website.

"PS: Please save this tweet and if BJP does any better I must quit this space!" he added.

For all the hype AMPLIFIED by a section of supportive media, in reality BJP will struggle to CROSS DOUBLE DIGITS in #WestBengal

PS: Please save this tweet and if BJP does any better I must quit this space!

Shah, considered the architect of the BJP's resurgence in West Bengal, had asserted that his party will win over 200 seats in the upcoming polls.

BJP national general secretary Kailash Vijayvargiya, the party's pointsman in the state, took a swipe at Kishor, saying the country will end up losing a poll strategist after the West Bengal elections.

"Given the ongoing BJP tsunami in Bengal, once the new government is formed, the country will have to lose an election strategist," Vijayvargiya quipped in Hindi on Twitter.