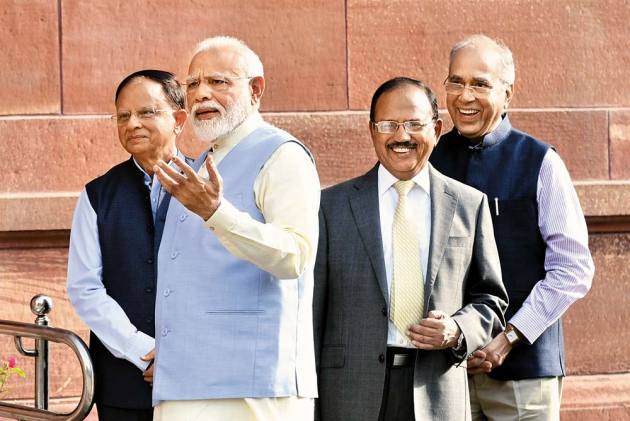 Mishra was the additional principal secretary to the prime minister and was holding the rank of a Cabinet minister.

He succeeds Nripendra Misra who stepped down recently.

Former Cabinet Secretary P K Sinha (64), who was last month appointed as Officer on Special Duty (OSD) in the Prime Minister's Office, is new principal advisor to the PM with effect from September 11, 2019, a government order said.

As Additional Principal Secretary to the prime minister between 2014 and 2019, Pramod Kumar Mishra is credited with introducing innovative and transformative changes in human resource management, particularly appointments to senior positions, the statement said.

He has a varied work experience in the management of programmes relating to agriculture, disaster management, power sector, infrastructure financing and regulatory issues.

He has vast experience in policy making and administration and has handled major assignments such as Additional Principal Secretary to the Prime Minister; Secretary, Agriculture and Cooperation; Chairman, State Electricity Regulatory Commission, and in the area of disaster management.

Earlier, he has also worked as Secretary, Power; Secretary, Shipping; and Special Secretary, Petroleum & Natural Gas in the Government of India.

On August 30, Sinha was appointed as the officer on special duty by the Prime Minister.

Sinha is a 1977-batch IAS officer of the Uttar Pradesh Cadre. He graduated in Economics from St Stephen's college and completed his Post Graduation from Delhi School of Economics.