The Centre recently assured political leaders in Leh, to look into their demand for the extension of Sixth Schedule in Ladakh. However, political parties in Kargil have expressed their displeasure over the move and have demanded restoration of Article 370. 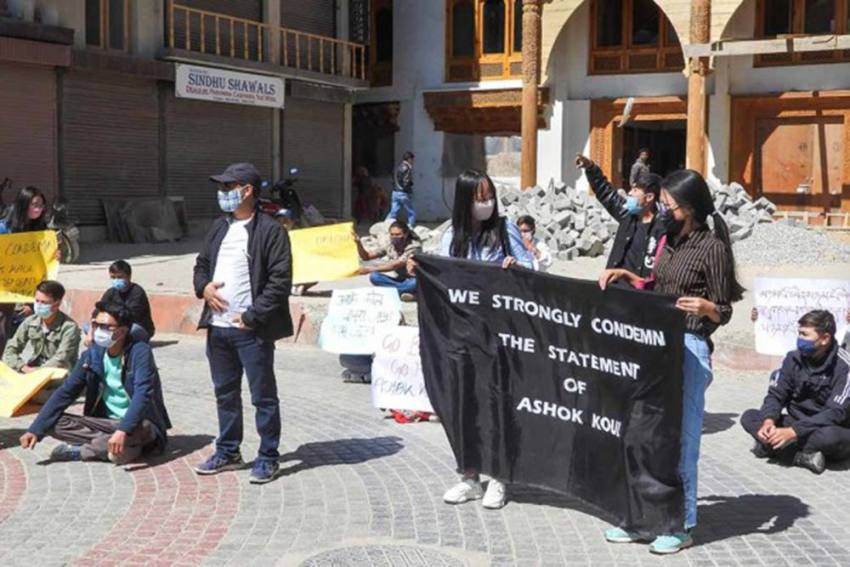 Protests in Leh demanding the extension of the Sixth Schedule to the region. BJP leader Ashok Kaul had termed the demand as ‘nonsense.’
PTI
Naseer Ganai 2020-09-27T15:35:07+05:30 Political Parties In Kargil Oppose Demands For Sixth Schedule In Ladakh 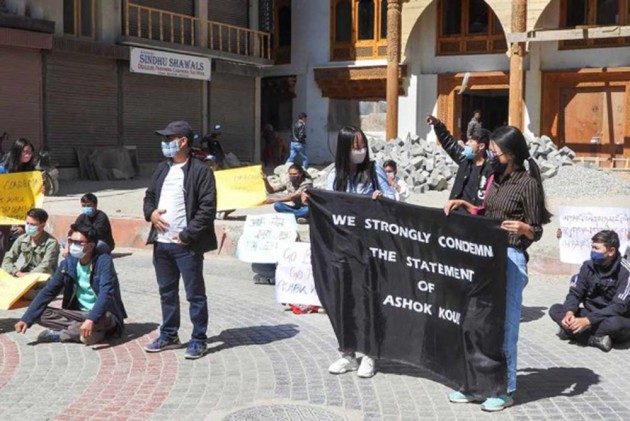 The recent protests in Leh demanding the extension of Sixth Schedule in Ladakh, have seen a temporary lull with the People’s Movement for Sixth Schedule for Ladakh (an amalgam of different regional organisations) agreeing to withdraw its boycott of the upcoming Ladakh Autonomous Hill Development Council (LAHDC) elections after the Centre assured the group of protecting the region’s interests. However, in Kargil, political parties and leaders have claimed that they have been against the division of the state and demanded for the region to be joined back with the Kashmir Valley.

A three-member delegation of the Peoples Movement of Ladakh met with Union minister Kiren Rijiju and put forth their demands. According to reports, the Centre has assured the group to discuss the possible extension of the Sixth Schedule to Ladakh. In a statement issued during the press conference, the government said that the Union Home Minister assured the delegation that the government is committed to empowering the hill councils of Leh and Kargil and would safeguard the interests of the UT of Ladakh. “It would explore all avenues towards this objective,” the statement read.

Responding to questions during the press conference former MP and head of the Ladakh delegation, Thupstan Chhewang claimed that Ladakhis demanded protection under the Sixth Schedule of the constitution, adding that Ladakh wouldn’t accept the domicile law that has been implemented in Jammu and Kashmir. On Saturday, the Ladakh delegation also met Union Minister Amit Shah.

The LAHDC elections are set to take place on October 16. Prominent political parties, including the BJP AAP and Congress had decided to boycott the polls demanding the extension of constitutional safeguards to Ladakh.

Responding to the developments, political parties in Kargil have issued a strong statement.
“From day one we did not demand for the bifurcation of the state. No single soul in Kargil is happy with the division,” former J&K Assembly legislator and senior leader from Kargil, Asgar Ali Karbali said. He also claimed that leaders in Leh have realised the harm and disempowerment the Union Territory status has brought to the region. He also added that the demand for the extension of Sixth Schedule is “thoughtless.”

“Why don’t they ask for statehood for Ladakh with the legislature? We are not with the UT. We do not support the extension of the Sixth Schedule. We are and have always been against the division of the state,” Karbali said.