A man named Alok Prasad, also from Maharajganj, has been arrested on the charge of abetment of suicide in connection with the incident. 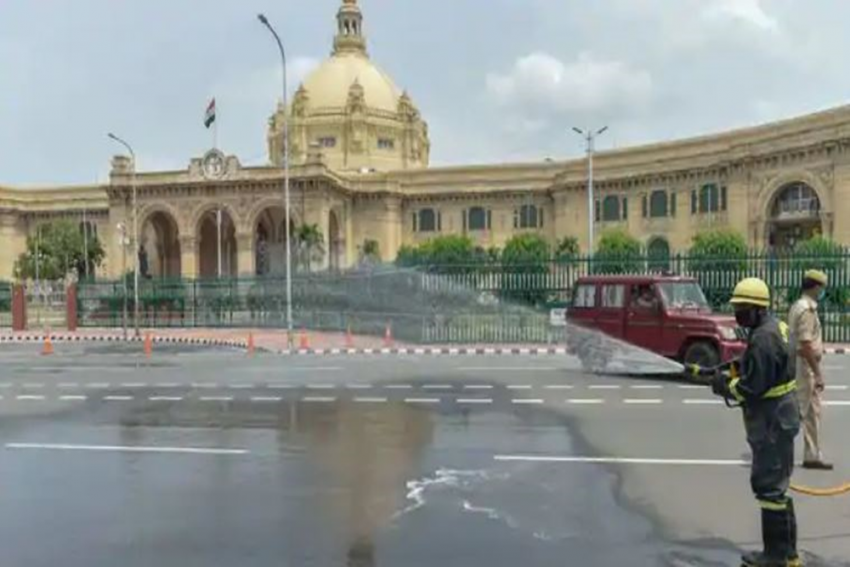 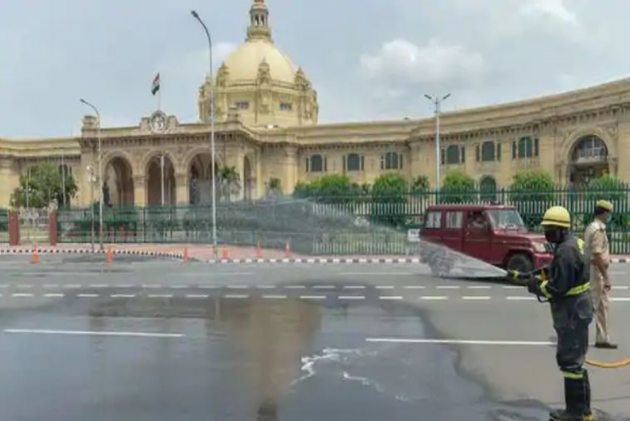 All five members of a Barabanki-based family attempted to immolate themselves outside the high-security Vidhan Bhavan building that houses the Uttar Pradesh Legislative Assembly and Legislative Council here on Monday, but were prevented by the police personnel present there before they could set themselves ablaze.

"Naseer, his wife and two minor sons (residents of Barabanki district) tried to immolate themselves near gate number 2 of the Vidhan Bhavan in the afternoon by pouring a liquid on themselves. However, the police personnel present at the spot caught hold of them before they could find a matchstick or lighter to set themselves ablaze," Deputy Commissioner of Police (Central) Somen Barma told PTI.

He said when interrogated, Naseer said he was facing financial hardship after his shop in Barabanki was demolished in an anti-encroachment drive and hence, the family thought of taking the extreme step.

"Since the family belongs to another district (Barabanki), I have spoken to the district magistrate and they will be handed over to a police team from Barabanki," Barma added.

On October 13, a 35-year-old woman from Maharajganj district of Uttar Pradesh had set herself on fire near the Uttar Pradesh Assembly. She succumbed to her injuries at a Lucknow hospital the next day.

A man named Alok Prasad, also from Maharajganj, has been arrested on the charge of abetment of suicide in connection with the incident.

Lucknow Police Commissioner Sujit Pandey had said the woman, identified as Anjali Tiwari, tried to immolate herself near the Uttar Pradesh BJP office. She was living with a man named Asif Raja as her relationship with her husband was not good and Raja had gone abroad, Pandey had said.