The consignment was found in a field in Salach village, located about 1 km from the border in Gurdaspur district, officials said. 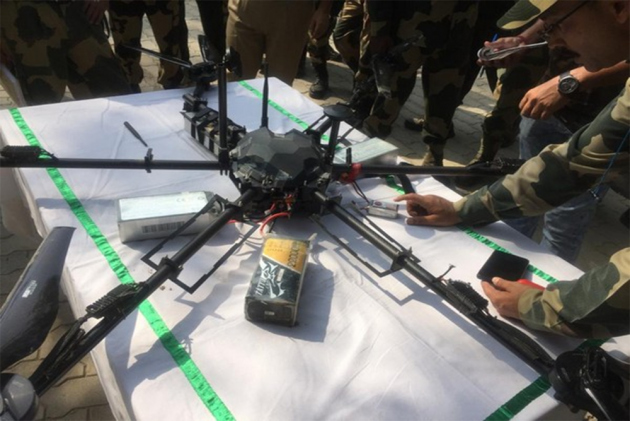 Punjab Police on Monday said it seized 11 hand grenades, suspected to have been dropped by a drone flying in from Pakistan, from a field near the International Border (IB) in Gurdaspur district.

The consignment was found in a field in Salach village, located about 1 km from the border, in Gurdaspur district, Gurdaspur Senior Superintendent of Police Rajinder Singh Sohal told PTI.
The grenades were hidden in a box and it was attached to a wooden frame, he said, adding the recovery was made on Sunday evening.

Sohal said the Border Security Force (BSF) had noticed the movement of a drone on the intervening night of December 19 and 20.

“We conducted a search operation with the BSF personnel on Sunday and recovered the grenades,” he said.

The first incident of dropping arms and weapons through drones from Pakistan came to light in Punjab in August 2019 when police recovered AK-47 rifles, magazines, ammunition, hand grenades, fake currency and other items in Tarn Taran district. Since then, there have been a number of instances when security forces seized arms and ammunition dropped by drones flying in from across the Pakistani border.