The cyclone, worst April storm in 43 years, caused 'huge damage' in Bhubaneswar, Cuttack, Puri and Khordha districts in the state, according to the Odisha government. 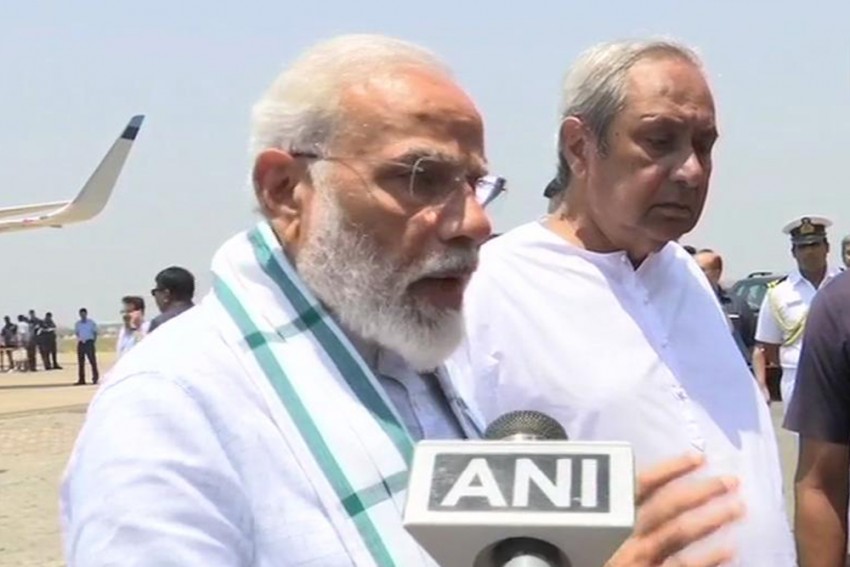 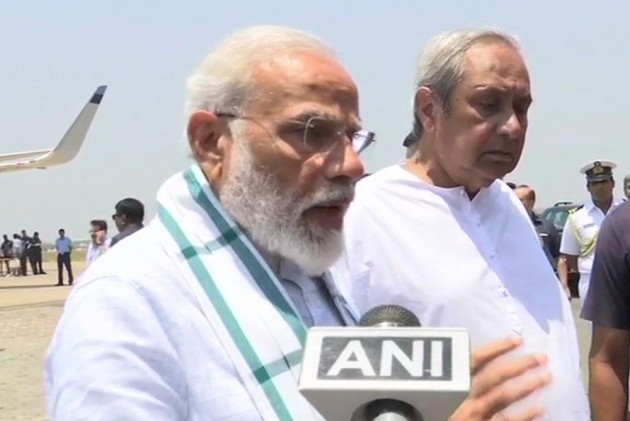 Prime Minister Narendra Modi on Monday conducted an aerial survey to assess the loss and destruction caused by Cyclone Fani in Odisha.

Modi was received by Governor Ganeshi Lal and Chief Minister Naveen Patnaik on his arrival at the Biju Patnaik International Airport in Bhubaneswar.

Lauding the Patnaik government for its massive evacuation drive ahead of the cyclone, Modi also promised a compensation of Rs 2 lakh for the families of the deceased and Rs 50,000 for those injured in the cyclonic storm.

The Centre had earlier released in advance Rs 381 crore for the state.

Speaking to reporters after the aerial survey, Modi said, "The Patnaik-led government has done a commendable job in evacuating coastal areas to avoid loss of lives. A central team will be visiting the state soon to assess the extent of loss and damage".

Underlining the need for coordination between the Centre and the states during times of crisis, the PM said a "long-term" plan will be prepared to deal with such disasters in future.

"The Centre is committed to provide all possible efforts to Odisha for its restoration work. I would like to congratulate the people of the state for their timely efforts to battle the cyclone. The government will extend all help to the fishermen and other affected people," he added.

Shortly after his return from the survey, he held a review meeting with Patnaik and other senior officials.

At least 34 people were killed during Cyclone 'Fani', which barrelled through coastal Odisha on Friday last, causing widespread destruction and leaving hundreds grappling with water shortage and power cut.

The prime minister had on Sunday tweeted, "Will be in Odisha tomorrow morning, where I will review the situation due to Cyclone Fani and hold meetings with top officials. The Centre is committed to provide all possible assistance in relief and rehabilitation measures underway."

The PM also spoke to the chief minister on Saturday and discussed the situation in the aftermath of Fani, assuring continuous support from the Centre.

According to an official, Modi is scheduled to review the relief and restoration work in the state on his return from the aerial survey.