This is PM Narendra Modi's fourth visit to the temple dedicated to Lord Shiva in the last two years. 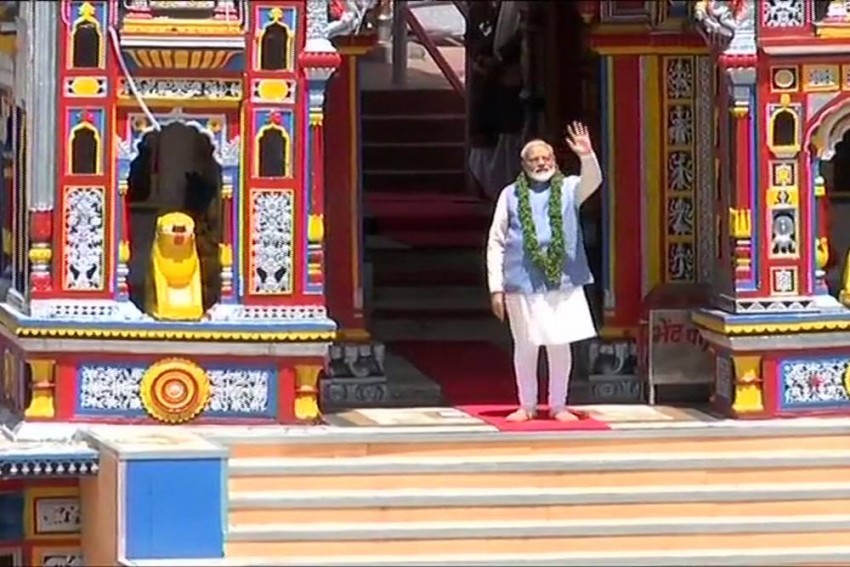 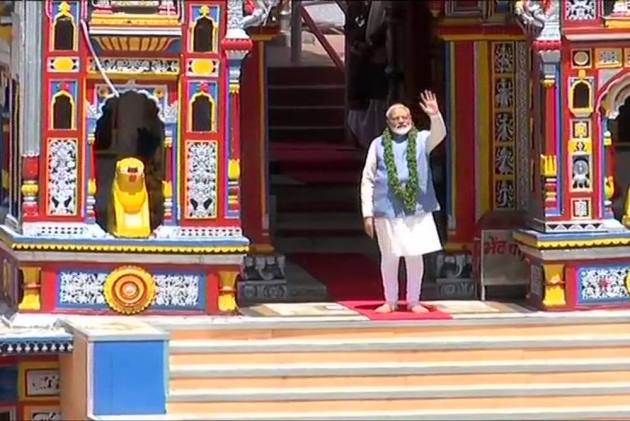 Prime Minister Narendra Modi Sunday thanked the Election Commission for granting him permission to visit the Kedarnath shrine at a time when the model code of conduct is in force.

Modi, who spent around 17 hours at a holy cave near the shrine, offered prayers and performed puja at the temple.

He told reporters he did not ask for anything while praying as it is not his nature. "God has given us the capacity to give and not demand," he said.

He said may the almighty bless not only India but the whole humankind with happiness, prosperity and welfare.

"I am fortunate to visit the temple on multiple occasions," he said while thanking the media for taking out time to visit Kedarnath at a time when the poll process is underway.

The media's presence, he said, will send a message that the town has been developed well.

Referring to the ongoing development works at the temple town, Modi said development should be a mission in which nature, environment and tourism should not be affected.

He said he has been reviewing the work through video-conferencing.

Modi reached the temple town Saturday. Dressed in a grey traditional pahari attire, he offered prayers for about 30 minutes and undertook a circumambulation of the Kedarnath shrine situated at a height of 11,755 feet near the Mandakini river.

The prime minister then went inside a cave near the shrine to meditate. Draped in a saffron shawl, Modi was seen meditating at the holy cave.

The prime minister also took stock of development work in the temple town.

Later in the day, he is expected to be in Badrinath, another temple in Uttarakhand's 'char dham' religious circuit.

This is Modi's fourth visit to the temple dedicated to Lord Shiva in the last two years.

The portals of Kedarnath and Badrinath shrines reopened for devotees earlier this month after the winter break.

The Election Commission gave its nod to the visit while "reminding" the Prime Minister's Office that the model code of conduct is still in force.