Interacting with the injured personnel at an army hospital in Leh, he said their bravery will be a source of inspiration for times to come. 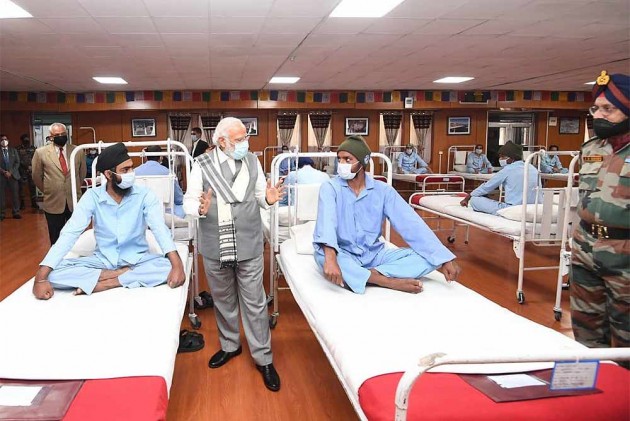 Prime Minister Narendra Modi on Friday told the soldiers injured in the violent face off with Chinese troops in Ladakh's Galwan Valley last month that they gave a befitting reply.

Interacting with the injured personnel at an army hospital in Leh, he said their bravery will be a source of inspiration for times to come.

The prime minister said 130 crore Indians are proud of them.

"The bravehearts who left us, have not gone without a reason. Together, you all also gave a befitting reply (karara jawab bhi diya hai)," he told the injured soldiers.

Also Read | ‘Era Of Expansionism Is Over’: Top Quotes From PM's Speech To Soldiers In Ladakh