Outlining his government's future strategy on Kashmir, Khan said: 'First, I believe, the entire nation should stand with the Kashmiri nation. I have said this that I will act as Kashmir's ambassador'. 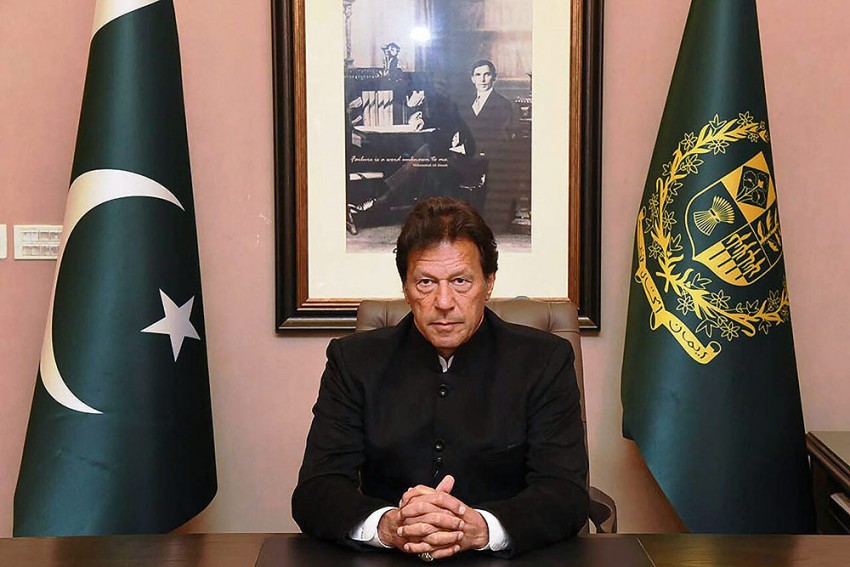 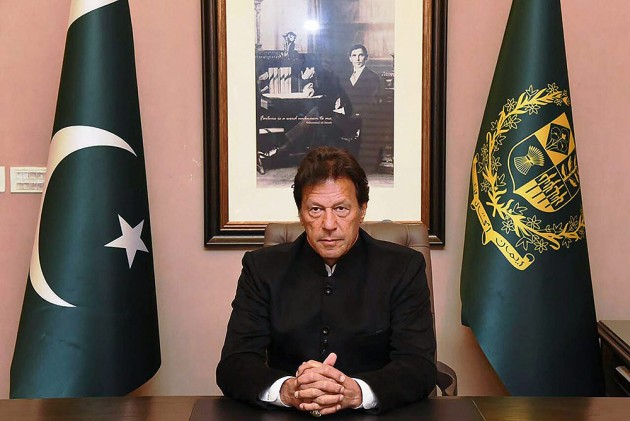 Pakistan Prime Minister Imran Khan on Monday said if the current tensions between India and Pakistan lead to a war, one must remember that both the countries have nuclear weapons, adding "no one is a winner in a nuclear war".

In his address to the nation in which Khan at the outset mentioned he would only discuss the Kashmir issue, the Pakistan PM said he will raise the matter at every international forum, including the United Nations General Assembly, where he will speak later in September.

Khan assured the fellow Pakistanis that his government will stand by the Kashmiris till India lifts the restrictions in the Valley.

Imran Khan: If conflict moves towards war then remember both nations have nuclear weapons &no one is a winner in nuclear war and it has global ramifications.Super powers of the world have a huge responsibility..whether they support us or not Pak will go to every extent (file pic) pic.twitter.com/6Rgpg2kscS

Outlining his government's future strategy on Kashmir, Khan said: "First, I believe, the entire nation should stand with the Kashmiri nation. I have said this that I will act as Kashmir's ambassador".

"I will tell the world about this, I have shared this with heads of state that I have been in contact with. I will raise this issue at the UN as well," he said while referring to his scheduled address to the UN General Assembly next month.

Khan claimed that Prime Minister Modi had made a "historic blunder" by revoking Kashmir's special autonomy.

Tensions between India and Pakistan soared after the latter abrogated Article 370 of the Constitution, eliciting strong reactions from Pakistan.

On his part, Trump said he and Modi spoke about Kashmir "at great length" on Sunday night and he feels that both India and Pakistan can resolve it on their own.

"We spoke last night about Kashmir, the Prime Minister really feels he has it (situation) under control. They speak with Pakistan and I'm sure that they will be able to do something that will be very good," Trump said.