India is emerging as a leading blue economy, together we can achieve great success in the Maritime sector, said PM Modi 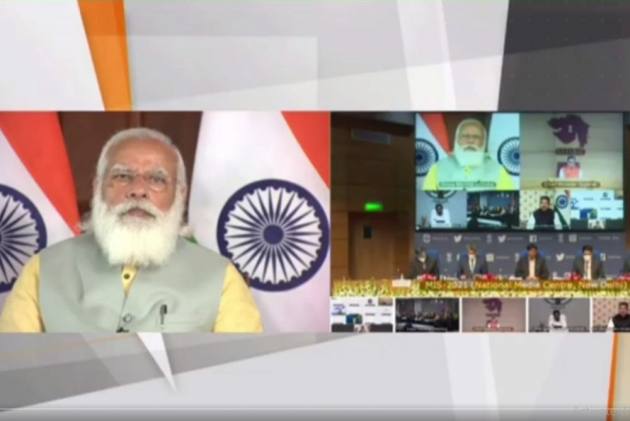 The summit was organised by the Ministry of Ports, Shipping and Waterways and will be conducted on a virtual platform from March 2-4. Denmark has been invited as the partner country for the three-day summit.

The summit brings together many stakeholders and I believe together we can achieve great success in the Maritime sector, said prime minister

More than 574 projects costing USD 82 billion or Rs 6 lakh crore have been identified for implementation between 2015 and 2035 under the Sagarmala Project, he added.

PM also hailed India's leadership in the Maritime sector. He said, India is emerging as a leading blue economy. Through the Maritime summit, PM invited the world leaders to connect with the nation.

He also informed that the government is focusing on domestic ship building and ship repair market. that will provide financial assistance for shipyards

The government is looking to operationalise 23 waterways by 2030.

"Ours is a government that is investing in waterways in a way that was never seen before. Domestic waterways are found to be cost effective and environment friendly ways of transporting freight," he said.

Also, plans have been drawn for developing tourism on land adjacent to 78 out of 189 lighthouses on Indian coastline.

"This with the objective of enhancing development of the existing lighthouses and its surrounding areas into unique maritime tourism landmarks," he said adding the government has also initiated holistic development of islands.

Alongside, the usage of clean renewable energy in the maritime sector is being raised.

"We are in the process of installing solar and wind based power systems in all the major ports across the country. We aim to increase usage of renewable energy to more than 60 per cent of all energy by 2030 in three phases across Indian ports," he said.

Modi said, Indian ports have reduced waiting time for inbound and outbound cargo. "India is very serious about growing in the maritime sector and emerging as a leading Blue Economy of the world," he said.